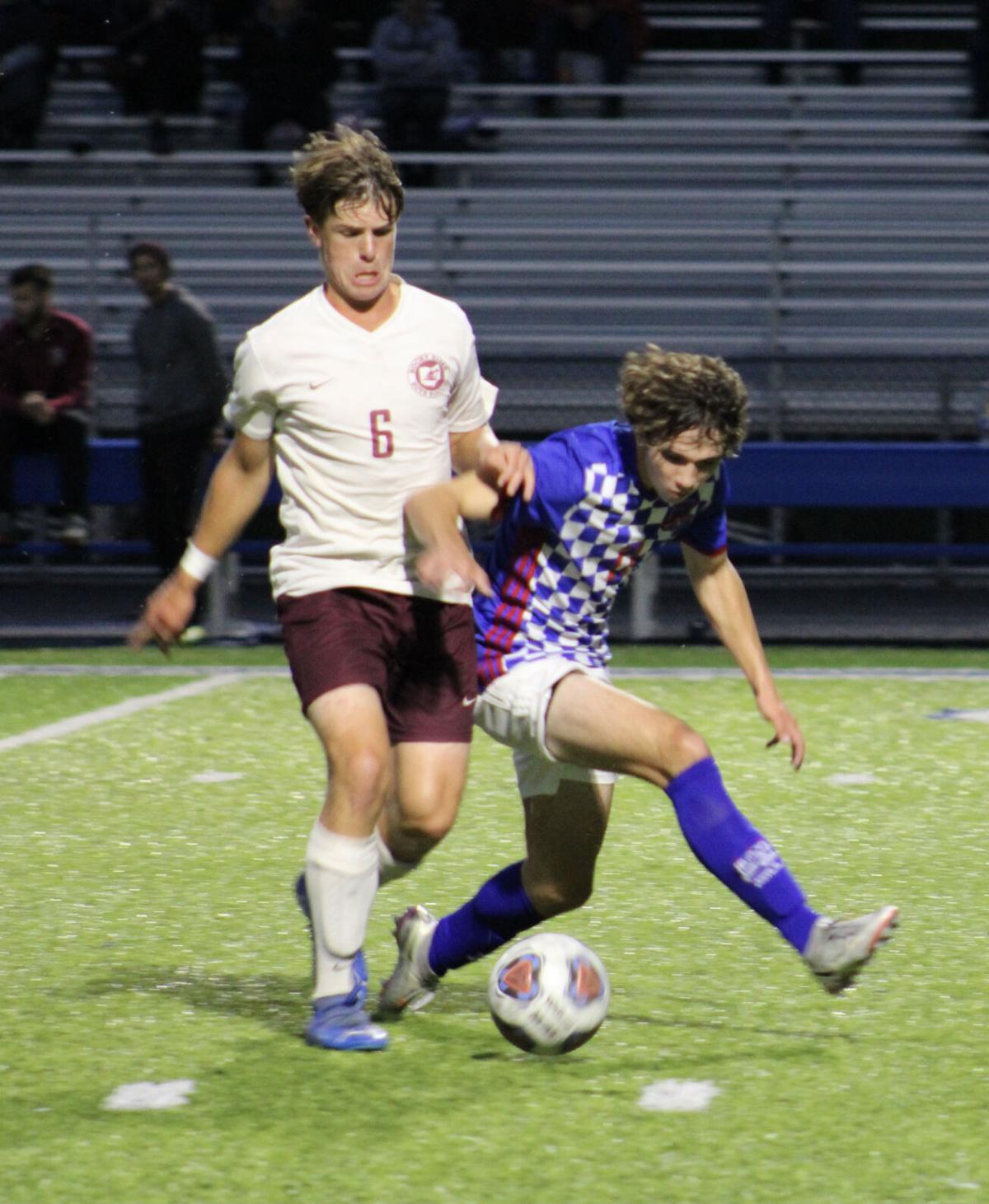 The Rocky River and Bay boys soccer teams entered their Sept 22 matchup with the Rockets ranked No. 3 in Division II per the Ohio Scholastic Soccer Coaches Association poll and the Pirates No. 15. 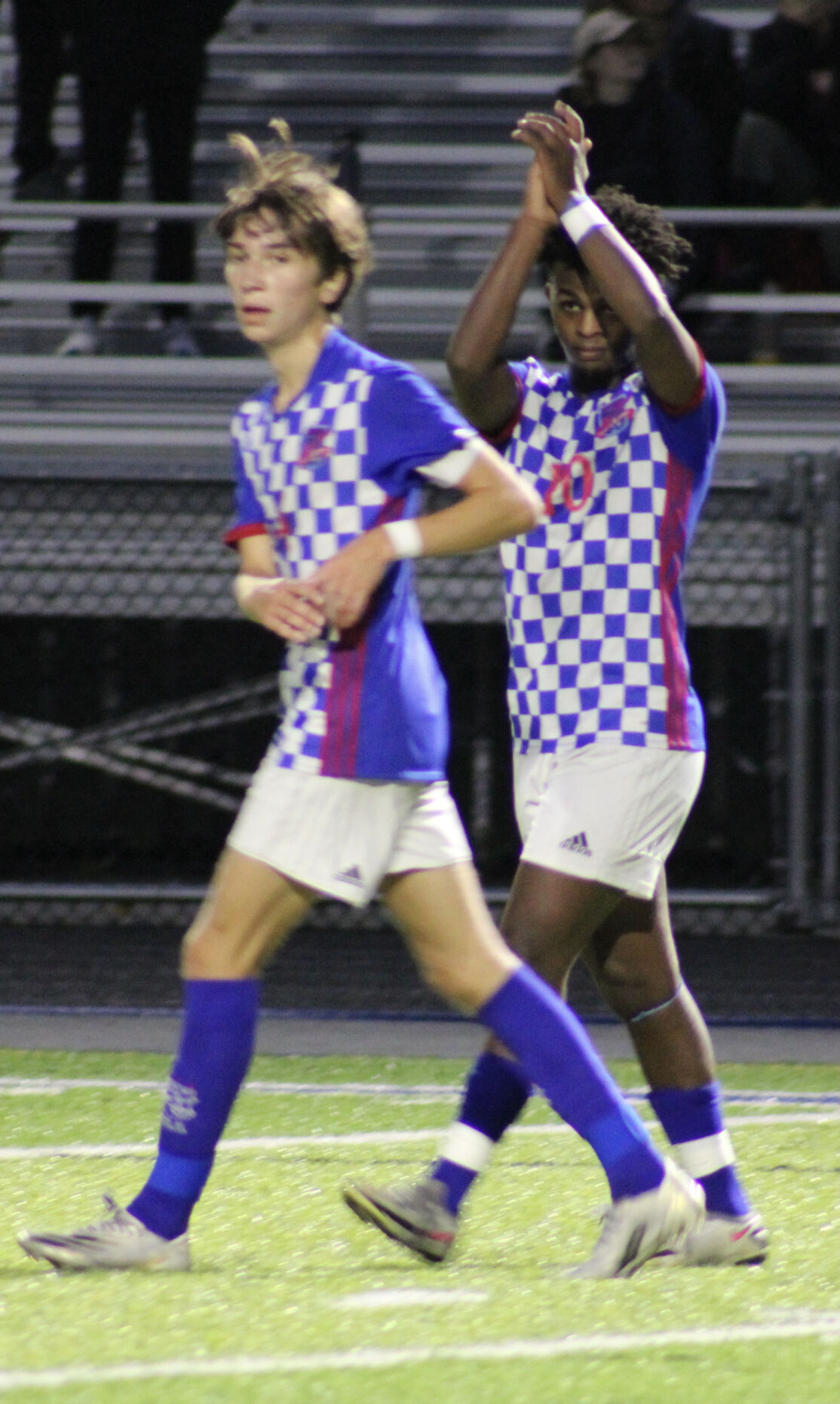 Rockets junior Millian Evans salutes his bench after his penalty kick goal in the 25th minute gave them a 1-0 lead over arch rival Rocky River. 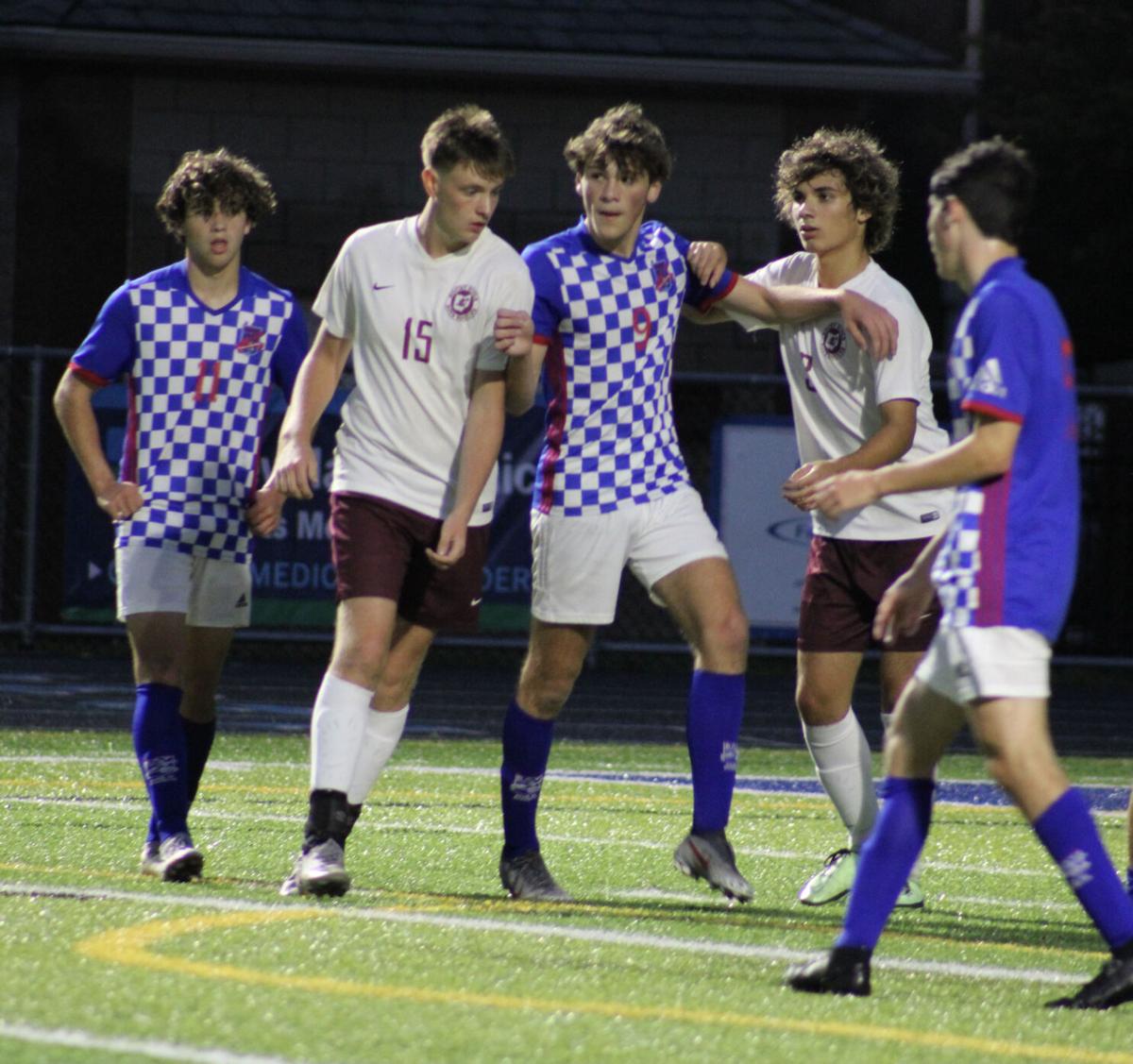 Bay and Rocky River entered the match with identical 1-0 records in the newly-formed Great Lakes Conference West Division, which has shown signs of being tough to navigate. 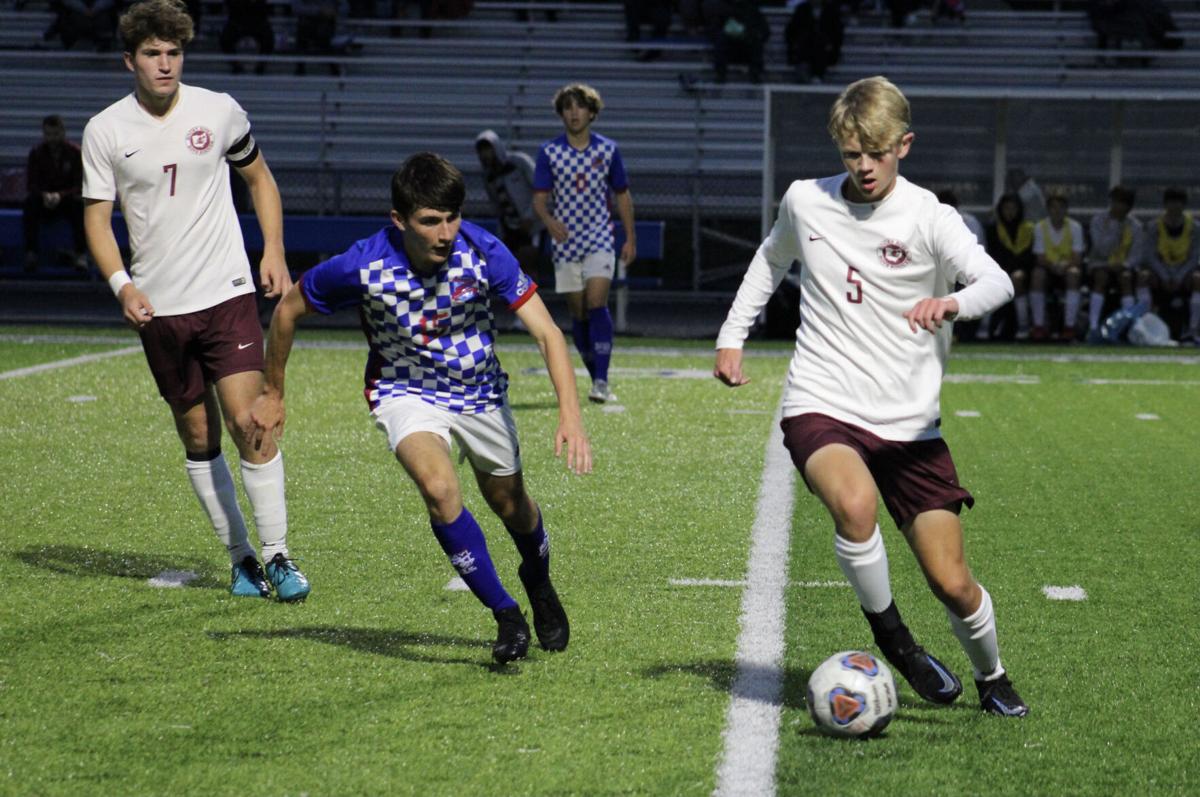 The Rocky River and Bay boys soccer teams entered their Sept 22 matchup with the Rockets ranked No. 3 in Division II per the Ohio Scholastic Soccer Coaches Association poll and the Pirates No. 15.

Rockets junior Millian Evans salutes his bench after his penalty kick goal in the 25th minute gave them a 1-0 lead over arch rival Rocky River.

Bay and Rocky River entered the match with identical 1-0 records in the newly-formed Great Lakes Conference West Division, which has shown signs of being tough to navigate.

As is the case every fall, the Bay boys soccer team has no shortage of skill.

Grit, however, is a sought-after trait that the Rockets have wanted to acquire as the schedule nears October.

If a 2-1 win over visiting Rocky River on Sept. 22 was any indication, style and substance have indeed melded together for the state’s third-ranked team in Division II.

After losing a 1-0 lead early in the second half, a missile off the foot of junior forward Ethan Jacobs put the Rockets back ahead, and they were able to hold their advantage the rest of the way. The show of resolve was a sign of progress to head coach Bobby Dougherty, especially after the Rockets (7-1-2, 2-0 Great Lakes Conference West Division) dropped a 4-2 decision at Richfield Revere four days earlier.

Gold Rustemaj got the Pirates on the board in the 50th minute, tying the game with his team’s only on-target shot of the rain-soaked evening at Bay Memorial Stadium. But Jacobs responded just three minutes later.

“We kind of got it handed to us at Revere, but every time we’d come back,” he said. “We gave up a silly goal where we had the ball and gave it away. It happened again, but then we came back and it was 2-1. (Revere) made it 3-1, then we responded and it was 3-2. So I know we have grit. Unfortunately, against Revere, we never pulled it back even or got ahead.”

Second-half responses have been a trend for the Rockets this year. Late goals led to wins over tough non-conference opponents like Ontario (3-2 on Sept. 4) and Lexington (1-0 on Sept. 11).

“We’d give up a goal, but, man, the response was great,” Dougherty said.

The Rockets outshot the arch rival Pirates (4-2-4, 1-1 GLC West) 8-1 on net, but dodged some close calls the few times the Pirates built an attack. After Millian Evans put the Rockets up 1-0 in the 25th on a penalty kick, Rustemaj and Hogan Kern got off shots in the final three minutes of the half that sailed over the crossbar and wide right.

Attempting to force another tie after Jacob’s go-ahead goal, Jack Maher shook free of the defense in the 67th and let off a shot that sailed just over the net, narrowly missing on a golden opportunity. Kern attempted a shot from long range in the 69th that again traveled wide right of its intended target.

Pirates coach Kevin Zerbey thought the Rockets’ quickness with the ball made it tough to create offense of their own throughout the game. The experience was viewed as positive for the team, which entered the night ranked 15th in Div. II.

“They always have guys who are fast and can deal with the ball at speed,” Zerbey said. “We have guys like that, but we can’t train against that. We’re not, from guy No. 1 to guy No. 20, as fast as Bay is. So, they speed you up. A really tough ball, they’ll bring it down and control it. We’re good at that at some points but at others it lets us down. But we want to see that and we want to play that way.”

The combination of a strong back line and the quick reflexes of senior goalie Will DeClerck (six saves) prevented the Rockets from pulling away, as defense has become their calling card of late. Including the loss at Bay, the Pirates had only allowed six goals through their first 10 games, and had authored six shutouts.

“The guys have really rounded into shape,” Zerbey said. “At the beginning of the season they were a little shaky but still getting the job done, but these last couple games we held pretty firm. If we can play like that and be solid in the back, I like our chances going forward.”

The Pirates will be tested again tonight at 7 p.m. when they host North Olmsted in a West Division matchup. The Rockets will travel to Elyria Catholic tonight for a 7 p.m. start.