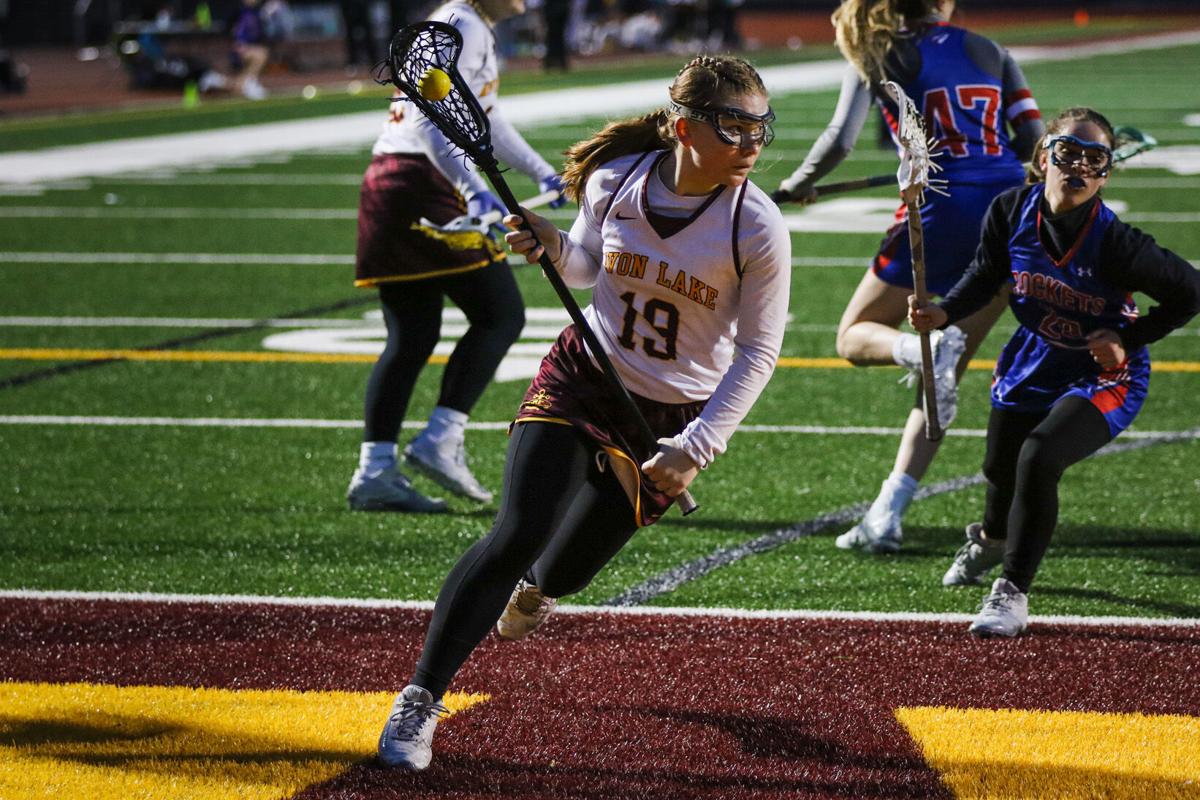 Avon Lake junior Ashley Hubert scored both her goals in the second half of a 13-10 victory over visiting Bay on March 25. 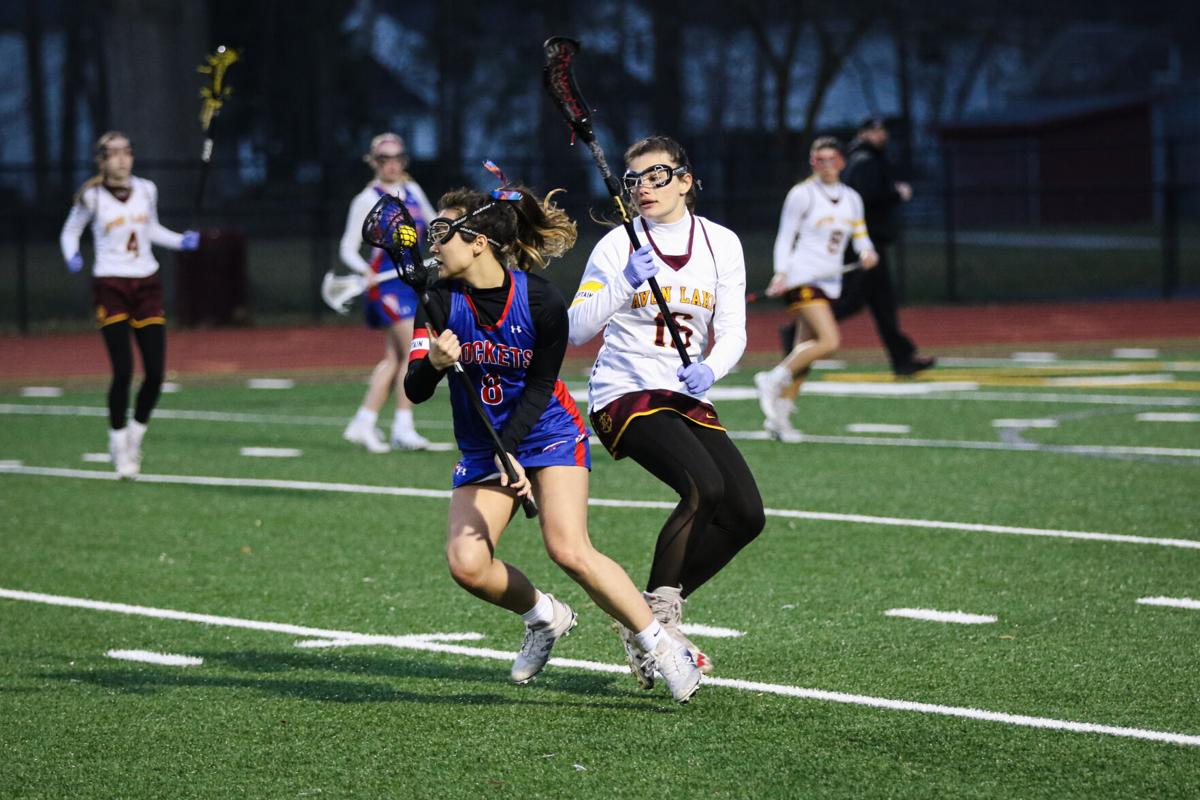 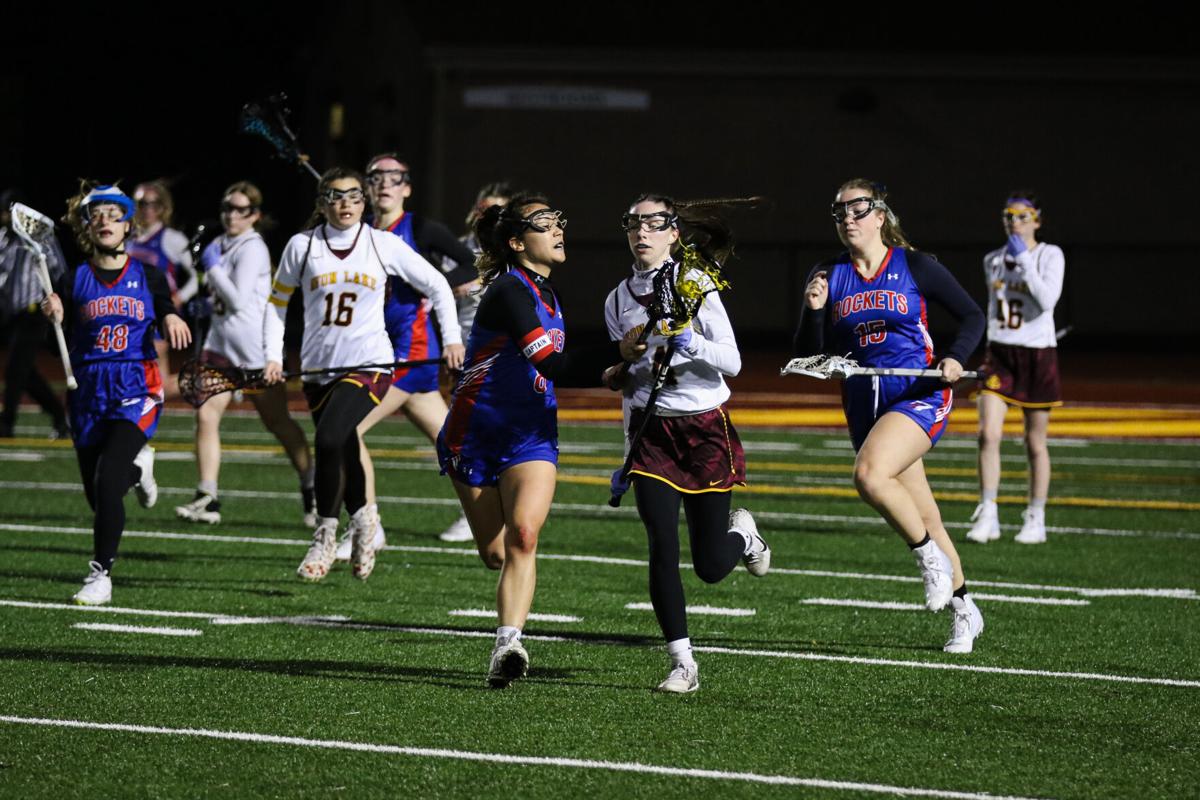 Avon Lake sophomore midfielder Ella Manfred led her team in scoring with four goals during a 13-10 win over visiting Bay on March 25. 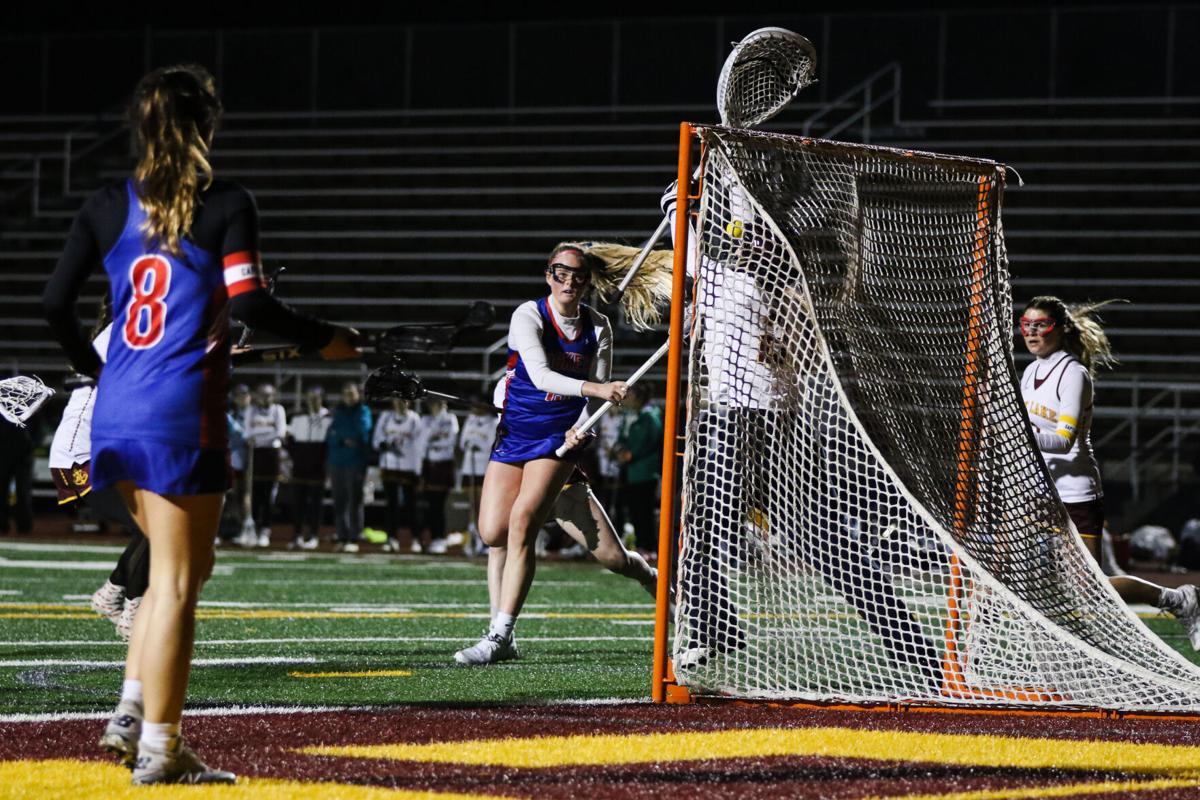 Bay senior co-captain Megan Young, an attacker, used a rocket of a close-range shot to score a game-high six goals, even though her Rockets would go on to lose to the Shoregals, 13-10.

Avon Lake junior Ashley Hubert scored both her goals in the second half of a 13-10 victory over visiting Bay on March 25.

Avon Lake sophomore midfielder Ella Manfred led her team in scoring with four goals during a 13-10 win over visiting Bay on March 25.

Bay senior co-captain Megan Young, an attacker, used a rocket of a close-range shot to score a game-high six goals, even though her Rockets would go on to lose to the Shoregals, 13-10.

As a back-and-forth second half came down to the final minutes, it was clear the Avon Lake girls lacrosse team couldn’t shake Bay.

Though they led for much of the game March 25, the Shoregals allowed the Rockets to flip two-goal leads into ties on two separate occasions in the final 10 minutes. Senior Megan Young’s sixth goal of the night knotted the contest at 10-10 with 7:36 to go.

In the last five minutes of regulation is when the Shoregals (2-1, 2-0 Northern Ohio Lacrosse League) dug down and found what they needed to pull out a 13-10 victory on their home turf at Memorial Stadium.

Shoregals coach Darci Gervaise knew she had to keep her team engaged if it was going to hold on.

“It was a matter of just keeping the fire lit under them,” Gervaise said. “We had to keep playing clean and aggressive, ride Bay hard and force turnovers in that situation, then attack at the offensive end. If we have it (on Bay’s end), we’ve got to put it in the net.”

As the Rockets (0-1, 0-1 NOLL) began to make a late push, the Shoregals made several key defensive stops in front of goalie Jordan West (7 saves). The big one came with just over two minutes left, when Lilly Shepard intercepted a pass intended for Young in front of the net and passed it ahead to Emma Patton, who sprinted to the other end of the field and set up a Mariana Melgoza goal to put the team up comfortably, 13-10, with 2:02 on the clock.

“We started to finally pull it together,” Gervaise said.

Seven different players scored for the Shoregals, led by four from Manfred, a sophomore midfielder. Kolofer, Melgoza and Ashley Hubert each scored twice. By the end of the night, they outshot the Rockets 22-16 in attempts on-target.

The strong finish was a welcome sight for Gervaise as her young team is trying to find its way in its first go-round since 2019. The Shoregals lost 11 seniors to graduation to go along with the cancellation of the 2020 season. The 2021 varsity roster contains little experience, and just three seniors.

Early-season inconsistency showed after they took a 4-0 lead in the game’s first seven minutes. Young, one of the top offensive players in the state, scored four times in a stretch of 9:52 to pull the Rockets back to within one, 5-4, just before halftime. After Alyssa Molina’s goal with 16:48 left in the second half, the Rockets scored three straight to tie it.

Hubert and Manfred responded with scores less than a minute apart that put the Shoregals back ahead, 10-8, with 8:48 left, but Sydney Spence and Young fired back with consecutive goals to tie it again before the Shoregals pulled away.

“We definitely responded, especially in the second half,” Rockets coach Victoria Budzyn said. “We just got beat on ground balls; that was our downfall. (Avon Lake) outplayed us at the end.”

The Rockets’ ability to keep the score close and make runs in their season-opener was a good sign to Budzyn who, much like Gervaise, lost a large and talented 2020 senior class–13 players in all. This year’s team has five seniors on it, led by co-captains Spence, Young and Grace Foreman, but the combination of varsity inexperience and a lack of cohesion made for a tough start to the schedule.

“These girls haven’t played together before,” Budzyn said. “We’re trying to build chemistry on the attack; that’s something we’ve been working on. I think we have a lot of potential and there’s a lot of skill on the team. Once we get that chemistry and once it clicks for us, I think we’re going to be able to make a good impression in our league and in our region.

Bay plays a home opener Thursday against Westlake at 7:30 p.m. Avon Lake will travel to Olmsted Falls on April 6 for a 7:30 p.m. start.