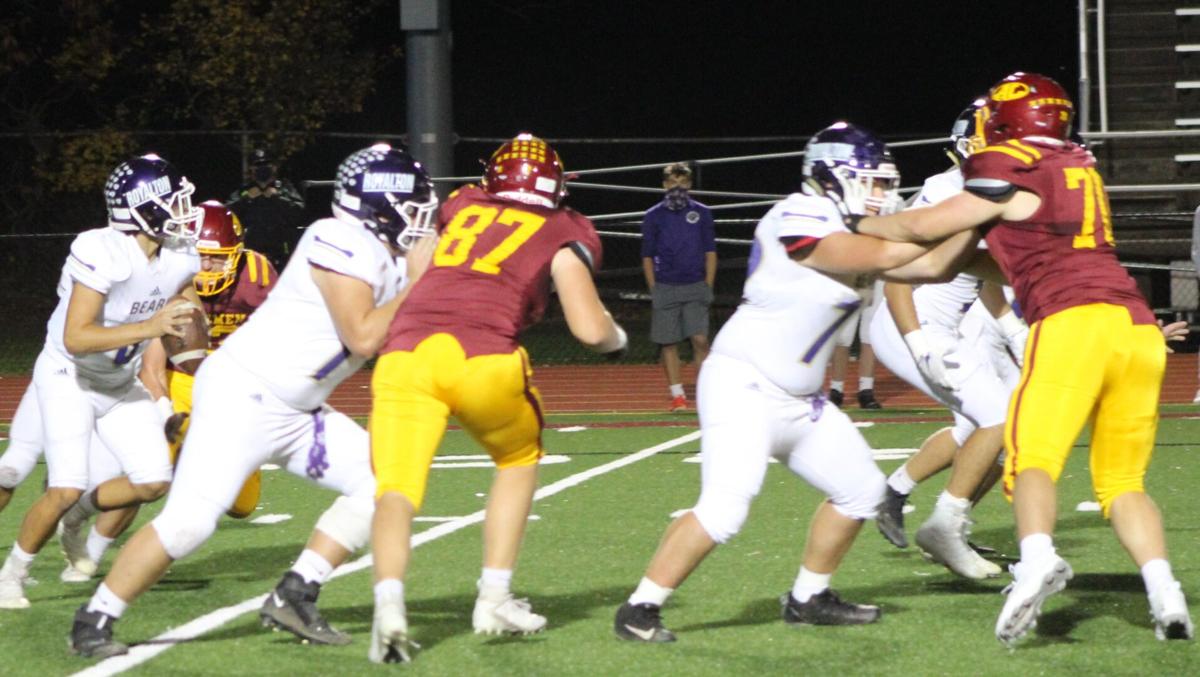 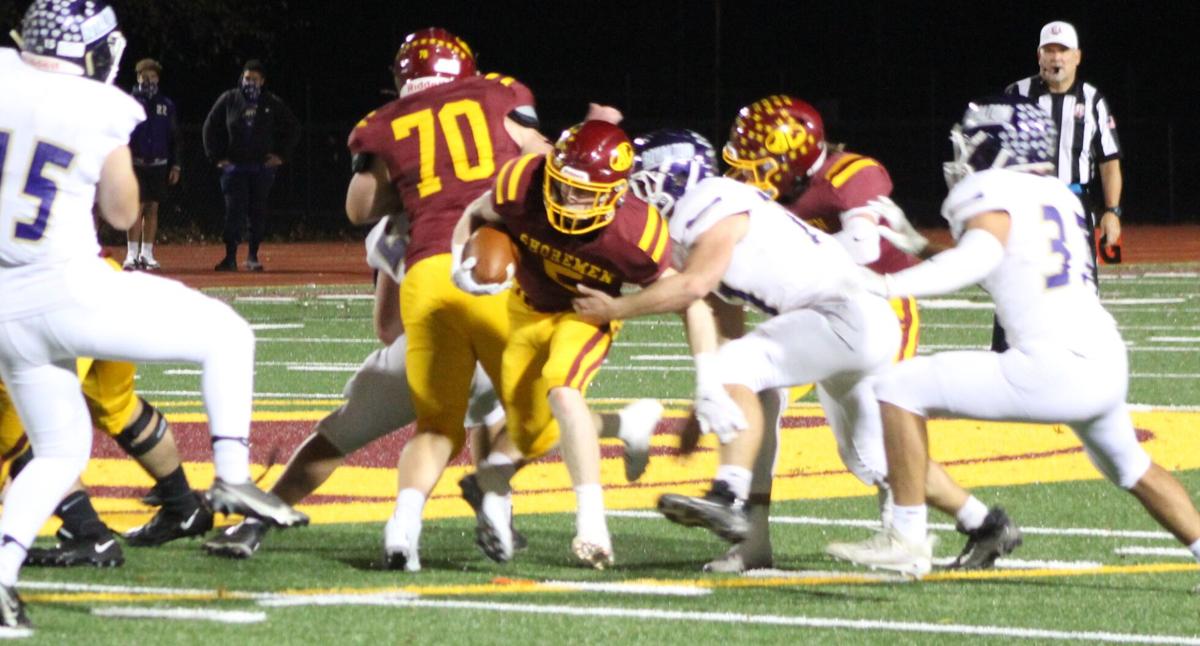 It all came together for Avon Lake, while it all fell apart for North Royalton last Friday night.

The Shoremen used a smothering defense and a quick-strike offense to blast the Bears 54-7 at Avon Lake Memorial Stadium in the Division II, Region 6 quarterfinals. Avon Lake (7-1) travels to Toledo on Friday to face Central Catholic, a 50-6 winner over St. Francis de Sales.

North Royalton (2-7) made it close for a very short time. In fact, that time lasted a total of five plays, four of which were plays and a punt by the Bears. The fifth was a 46-yard bomb from Michael Corbo to Jared Krukowski that gave the Shoreman a 7-0 lead after an eight-second drive.

And they hit again quickly on their second drive, moving 56 yards in seven plays before Corbo connected with Nathan Cikalo on a 20-yard scoring play. The extra point by Owen Wiley gave Avon Lake a 14-0 lead with just 5:25 gone in the contest.

And then the only thing that could slow down the Shoremen took place. Heavy rain delayed the contest for 65 minutes.

“I thought they'd postpone the game,” said senior Jacob Sintic. “I was looking at the weather app on my phone, and it didn't look good. Then, they said we'd go back out at 8, and we knew we had to get our head back into the game.”

And the defense did just that. In the first half, the Shoremen defenders held the visitors to just 71 yards, most of which were three desperation passes out of 12 attempts. The Bears had just two first downs in the first half, getting their first late in the opening quarter and the other late in the half.

“We've had to face adversity all year,” linebacker Griffin Lidyard said. “We've had to deal with COVID. We knew the key to the game was to stop their running game.”

And the offense picked up where it left off before the rain. On their initial drive after the break, the Shoreman struck again when Gage Duelser broke loose for a 50-yard scoring run with 3:24 left in the first quarter.

Of the final four drives in the third half by Avon Lake, three resulted in scores as the Shoremen built a 34-0 halftime lead.

A 27-yard field goal by Wiley built the lead to 24-0 with 7:09 left in the half, followed by a short drive that was capped by a 5-yard run by Duelser.

The final score came as time ran out when Wiley booted a 29-yard field goal.

And the scoring continued in the second half when a 36-yard run by Mason Wheeler, blew open the game with 10:08 left in the third quarter for a 4-0 lead.

“I was looking at my reads,” Wheeler said. “They weren't there. Then, I got some blocks, and I was able to take it up the sidelines.”

With the clock running constantly, the starters gave way to backup players, but that didn't slow down the offense.

After giving up a touchdown to North Royalton that cut the lead to 40-7, backup running back Jason Krukowski scored on a 43-yard run. An extra point by backup Julia Hurd built the lead to 47-7.

The Shoremen finished with 265 yards rushing, with Wheeler gaining 82 and a touchdown on nine carries and Duelser getting 81 yards and two touchdowns on five carries. Corbo completed 14 of 21 passes for 180 yards and two touchdowns. Only three drives did not result in scores, with one ending with an interception, one with a punt, and one to end the game.

Meanwhile, the defense gave up just four first downs in holding the visitors to 34 yards rushing and 95 passing.