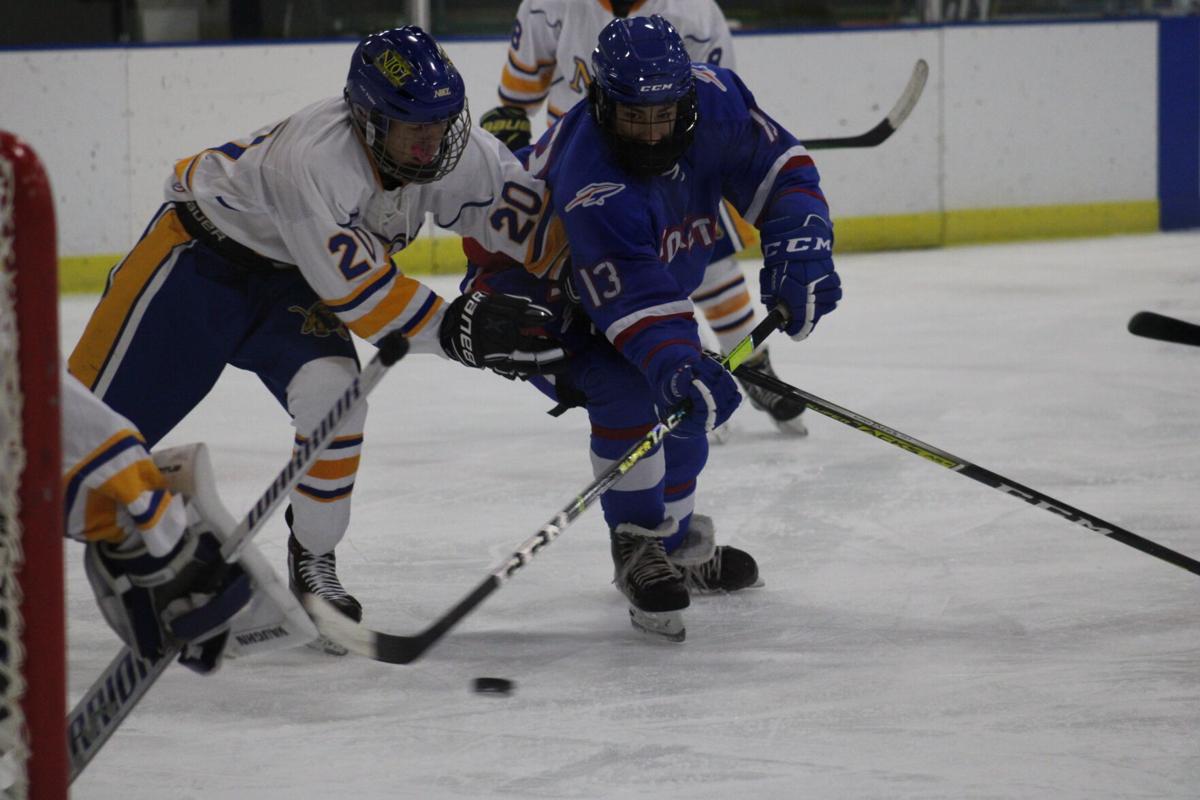 Dylan Vidmar got Bay the lead early with two first period goals in what became a 5-4 victory over Notre Dame-Cathedral Latin in a Baron Cup III opener Feb. 4. 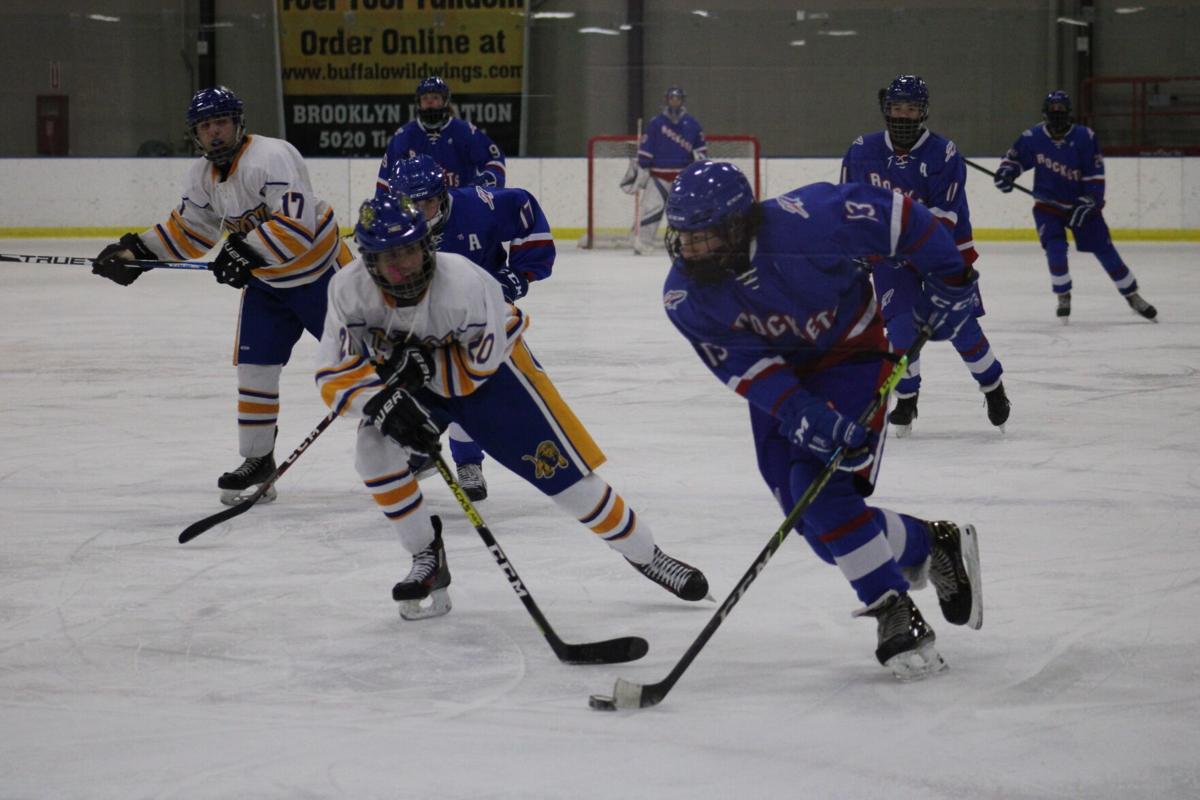 The Baron Cup III victory over NDCL was Bay’s first since the 2016 season, when it won the tournament. This year, the Rockets have a short bench with only eight total players on the roster. 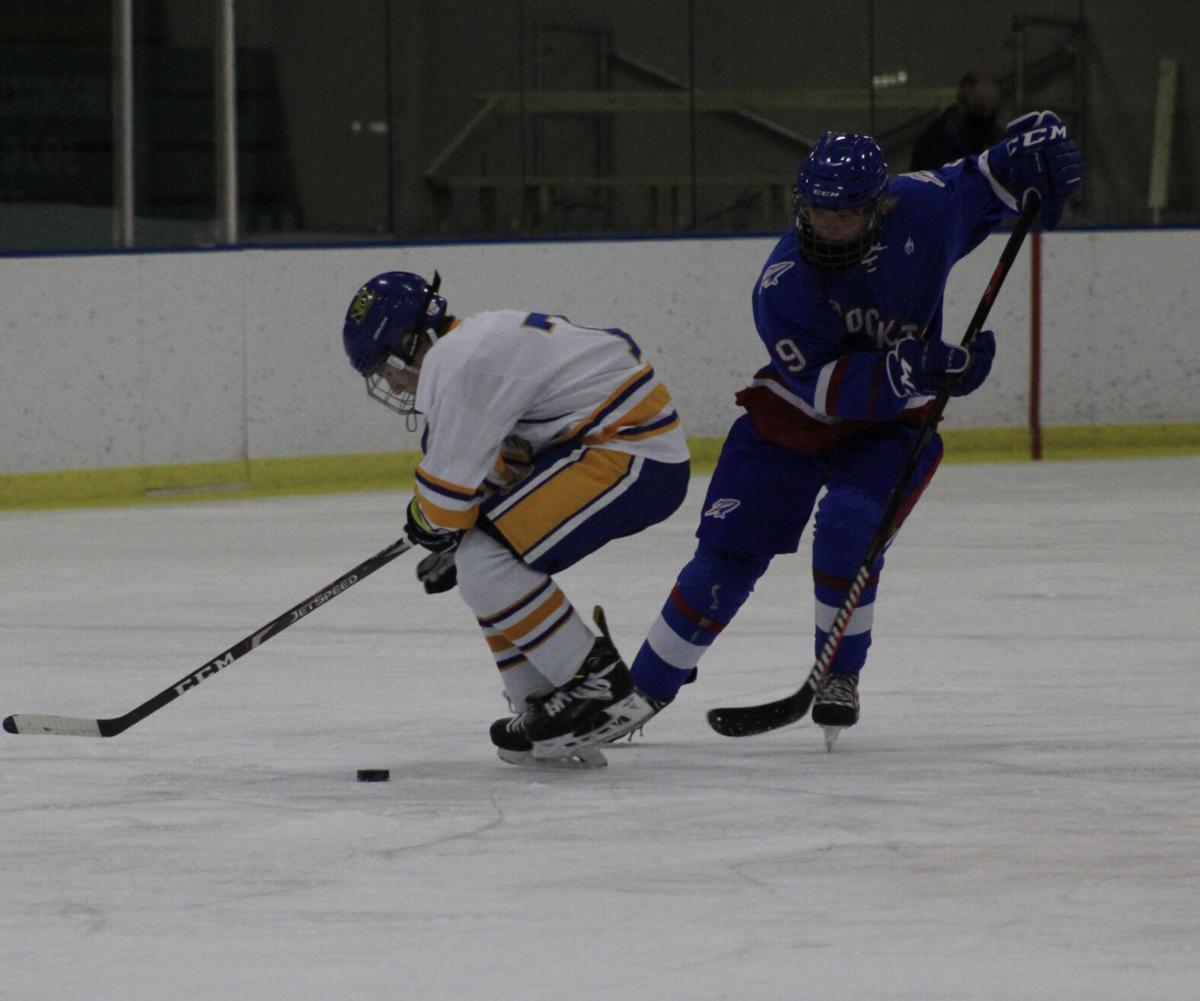 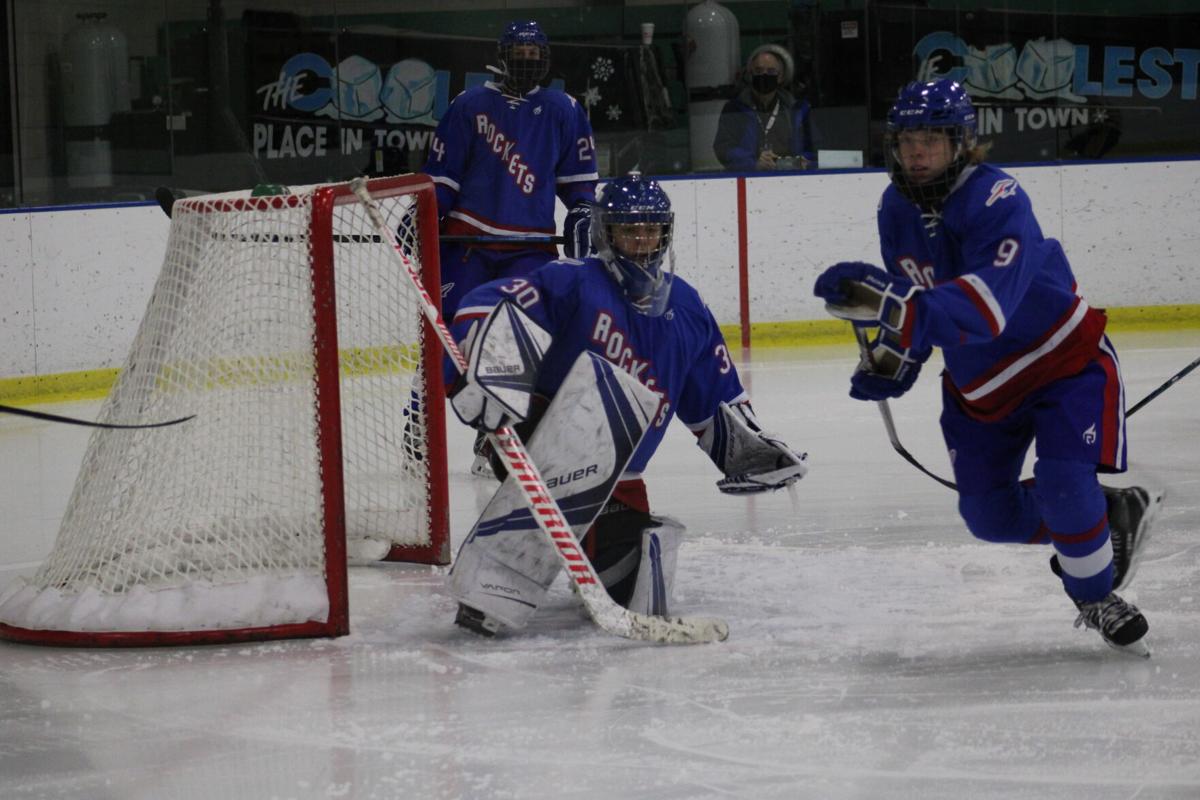 Dylan Vidmar got Bay the lead early with two first period goals in what became a 5-4 victory over Notre Dame-Cathedral Latin in a Baron Cup III opener Feb. 4.

The Baron Cup III victory over NDCL was Bay’s first since the 2016 season, when it won the tournament. This year, the Rockets have a short bench with only eight total players on the roster.

According to coach Ian Skacan, the Bay hockey team spends a lot of practice time on its conditioning.

With just eight players currently on the roster, there hasn’t been much of a choice.

All that legwork paid off Feb. 4, when the undermanned Rockets (6-3) weathered a late rally by Notre Dame-Cathedral Latin to pull off a 5-4 win in the opening round of the Baron Cup III tournament at the John M. Coyne Recreation Center in Brooklyn.

It was the Rockets’ first victory in the annual tournament since 2016, and lifted the spirits of a team that was running on fumes as the final minutes ticked away in the third period. The Rockets, seeded 11th in the 15-team bracket, went on to face No. 3 Normandy yesterday at 7 p.m. Results weren’t available at press time.

“We only have seven skaters, but we managed to hold on”, Rockets winger and defenseman Henry Sjoberg said after knocking off sixth-seeded NDCL. “As our coach says, there’s no such thing as an ugly win...It really pumps us up, to be honest.”

While they still had all their energy, the Rockets went about building a big lead on the Lions (5-11) with a dominant first period. Less than four minutes in, freshman center Dylan Vidmar knocked home a rebound for a 1-0 lead. With 10:43 left, he corralled the puck in his own zone and broke away from the pack, beating Lions goalie Devin Jost (13 saves) one-on-one to go up 2-0.

Then Sjoberg took over. The talented freshman scored a power play goal with 5:40 left, then added a breakaway shorthanded goal just over a minute later when the Lions were on the power play, following a hooking penalty assessed to Vidmar.

Further boosting the Rockets’ confidence was their defensive stand in the final 3:30 of the first period, when they successfully killed a 5-on-3 Lions power play with both Vidmar and Sjoberg sitting in the box.

“(The first period) was huge,” Sjoberg said. “Our whole team, we thought that we were going to get killed because we’d heard that (NDCL) was pretty good, and we were really surprised about what happened.”

With 9:31 left in the second period, Sjoberg netted a hat trick with another power play goal, and the Rockets led the stunned Lions, 5-0.

“Our goal was really to get a lead, then clog up the middle of the ice and make it tough for them,” Skacan said.

Anthony Giudice put the Lions on the board with 6:31 to go in the second period and the Rockets started to tire. After surviving the first eight minutes of the final period, Brendan Boland skated around the net and tapped a shot past goalie Nathan Rosenhaus with 6:34 remaining. With 2:31 left, Nathan Lah scored off a Boland assist to make it 5-3.

After pulling their goalie for an extra skater, the Lions got the result they wanted when Matthew Salamone scored with 42.5 seconds left to pull them to within a goal.

The Lions would get no further, as the reeling Rockets did just enough to hold on for the final seconds. Rosenhaus finished with 29 saves.

“In the first period we were flat. It took a lot to get in gear,” NDCL coach Bernie Kosloski said. “(Bay) has a short bench and I thought we could take advantage of that and it didn’t happen. We dug ourselves a hole in that first period...We ran out of minutes.”