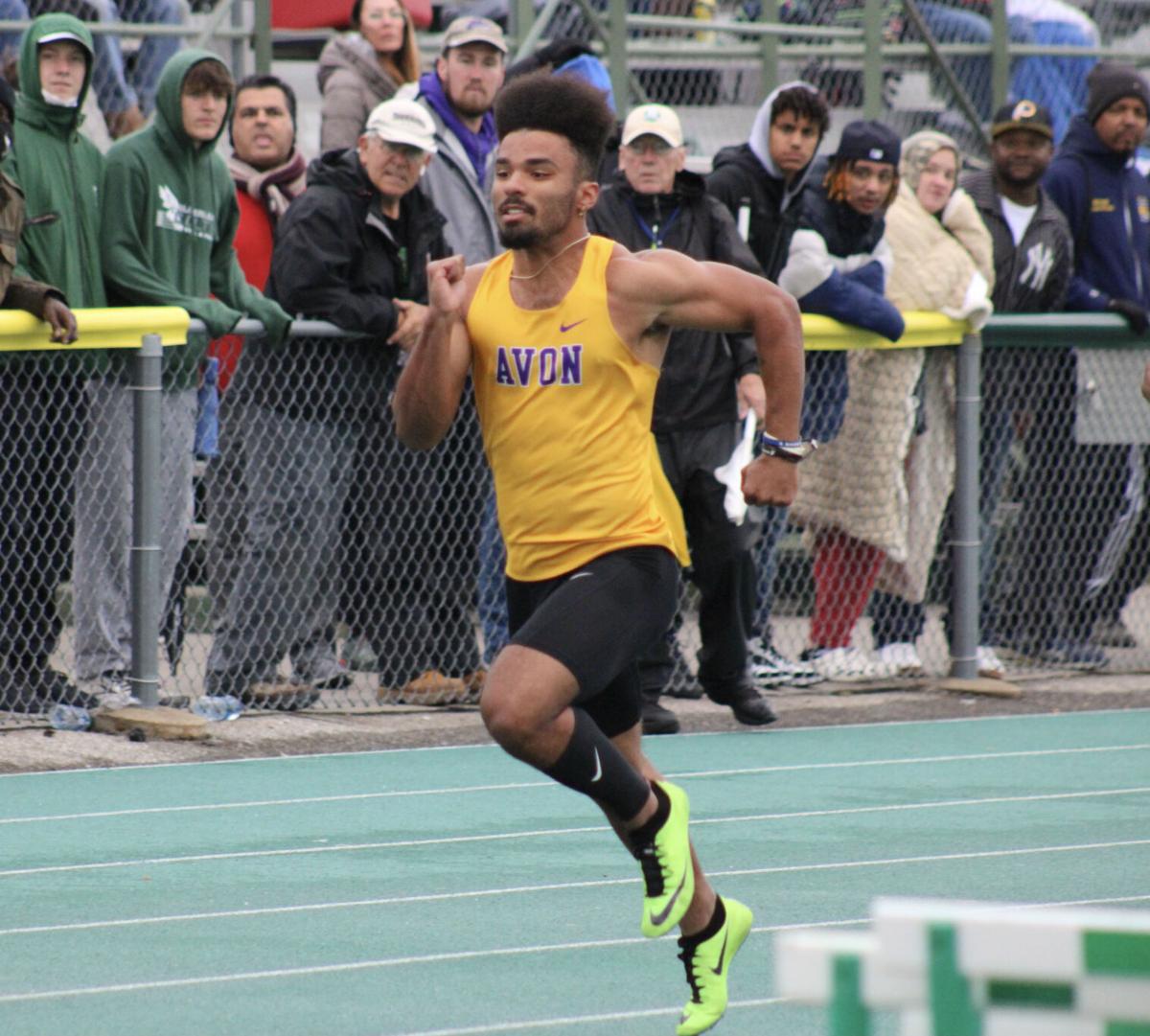 Avon junior Colin Kaufmann was a key piece of an Eagles boys track and field team that won Southwestern Conference, Division I district and Division I regional meets over three consecutive weeks, and placed fourth in the 100-meter dash at the Division I state meet June 5 at Hilliard Darby High School in Columbus. 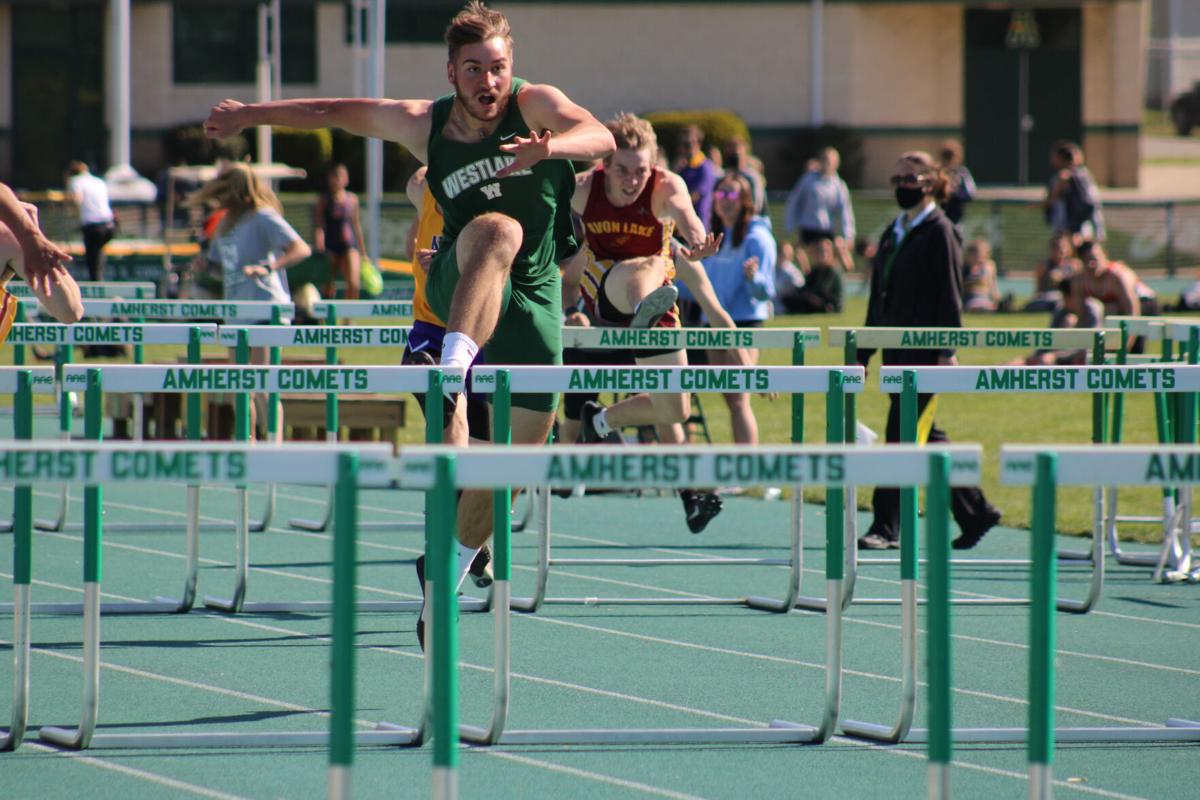 Westlake senior Austin Norris has used his 6-foot-5 frame to his advantage this season, staking his claim as one of the best hurdlers in the state. At the Division I state track and field meet June 5, he placed fifth in the 300 hurdles and 10th in the 110 hurdles.

Avon junior Colin Kaufmann was a key piece of an Eagles boys track and field team that won Southwestern Conference, Division I district and Division I regional meets over three consecutive weeks, and placed fourth in the 100-meter dash at the Division I state meet June 5 at Hilliard Darby High School in Columbus.

Westlake senior Austin Norris has used his 6-foot-5 frame to his advantage this season, staking his claim as one of the best hurdlers in the state. At the Division I state track and field meet June 5, he placed fifth in the 300 hurdles and 10th in the 110 hurdles.

For Colin Kaufmann, the sound of the starting gun in the 100-meter dash means one thing: it’s time to fly.

Because of the sheer speed of any high school track meet’s shortest race, there isn’t time to consider much else. Self doubt, pain and even a working knowledge of which opposing runners are close fade into the background like a vapor trail on the track.

When it comes to going fast, Kaufmann, a junior at Avon High School, is one of the best around.

At the Division I regional meet in Amherst on May 27, he won the 100 in 11.01 seconds, beating out second-place Micah Gremling of Findlay by the slimmest of margins (11.02). By finishing in the top four of the event, he advanced to the annual state meet, held this year at Hilliard Darby High School in Columbus, and placed fourth (10.86).

It was his first trip to Columbus.

“I can’t run for a long time, so I figure I might as well run for a short time fast,” Kaufmann said.

Also a member of the defensive secondary on the Eagles football team in the fall, Kaufmann has always been quick on his feet, but hadn’t considered track until a friend challenged him to a race in middle school. He started running track in the eighth grade.

“He thought he was faster than me, challenged me to a race, and I beat him and started running track,” Kaufmann said. “I stuck with running track and it’s paid off.”

Competing in four different events throughout the spring, he was a key part of what has become one of the best overall seasons in Eagles boys team history. After winning both the Lorain County Athletic Administrators Association and Reynolds Relays team championships, the Eagles went on a postseason tear, winning the Southwestern Conference, Division I district and regional meets, all held at Amherst.

“(The 100) is all a mentality thing,” he said. “You have to believe in yourself and just run as fast as possible. That’s all it comes down to, is who wants it more.”

To speed from start to finish is one thing, but what about adding a series of jumps to the race? For a standout area hurdler like Westlake’s Austin Norris, there’s no time for wasted motion.

All season, the 6-foot-5 senior could be found at or near the top of leaderboards in four different events. Also a high jumper and a member of the Demons’ 4x400 relay team, he excelled in the 110 and 300 hurdle events. He placed second in both to qualify for the state meet at Hilliard Darby.

His prowess in the hurdle events, aided by his long stride and ability to clear those mini barriers with ease, has carried him to a memorable final high school season.

Surprisingly, the Demons’ starting center during the basketball season doesn’t consider himself all that mobile.

“I got started on hurdles in the seventh grade,” Norris said. “My long legs definitely help, but I wasn’t very flexible. I’m still not that flexible, but my stride length kind of makes up for it. I just really like running hurdles. It’s a fun race and there’s really great guys that run it. The goal is not to jump at all, just go smoothly over it. I still end up jumping a little bit.”

Like athletes all over the state, Norris prepared for a successful 2021 by finding creative ways to practice during the canceled 2020 season. Unable to access school facilities during the spring shutdown, he decided to keep working out on his own.

“I’ve been working pretty hard,” Norris said of the gap between his sophomore season in 2019 and this spring. “The school was locked up during quarantine, so I couldn’t do any hurdles or anything, so I just went running and things like that. There’s a route I’d run to an elementary school near my house and back.”

Like Kaufmann and many others around the area, it was Norris’ first trip to the biggest meet of the year.