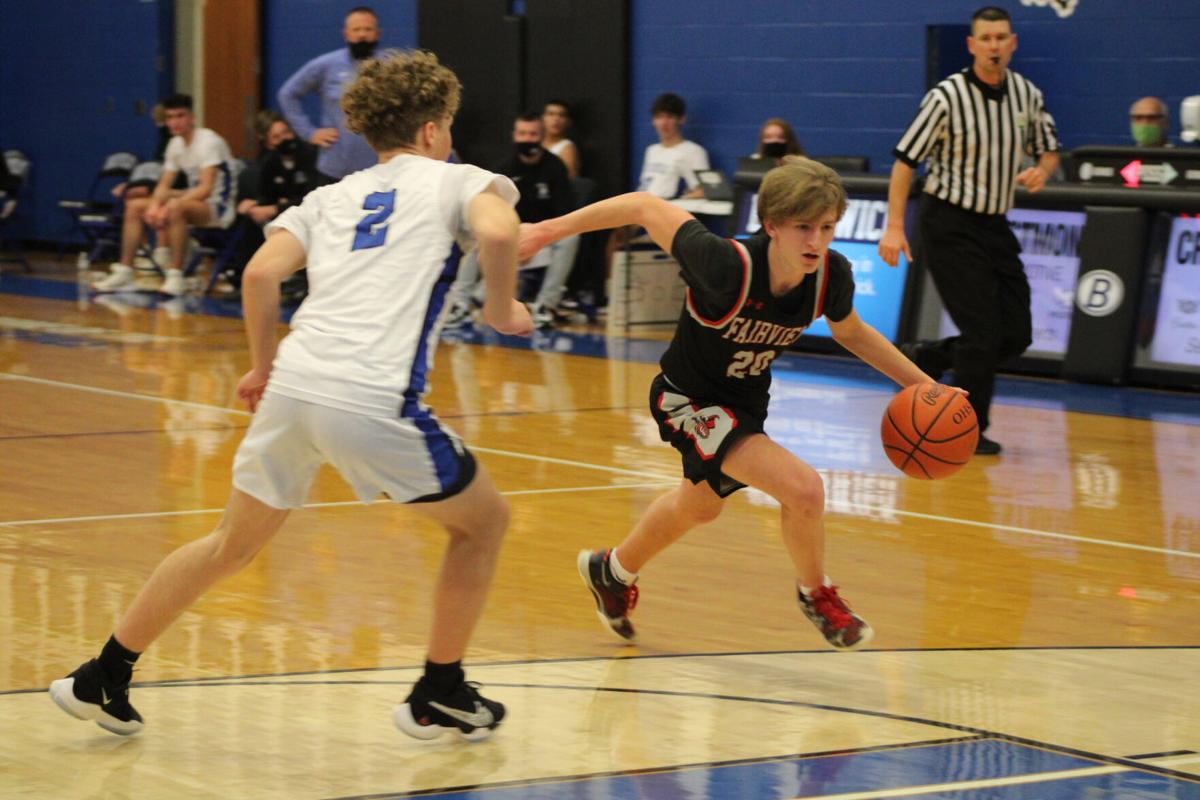 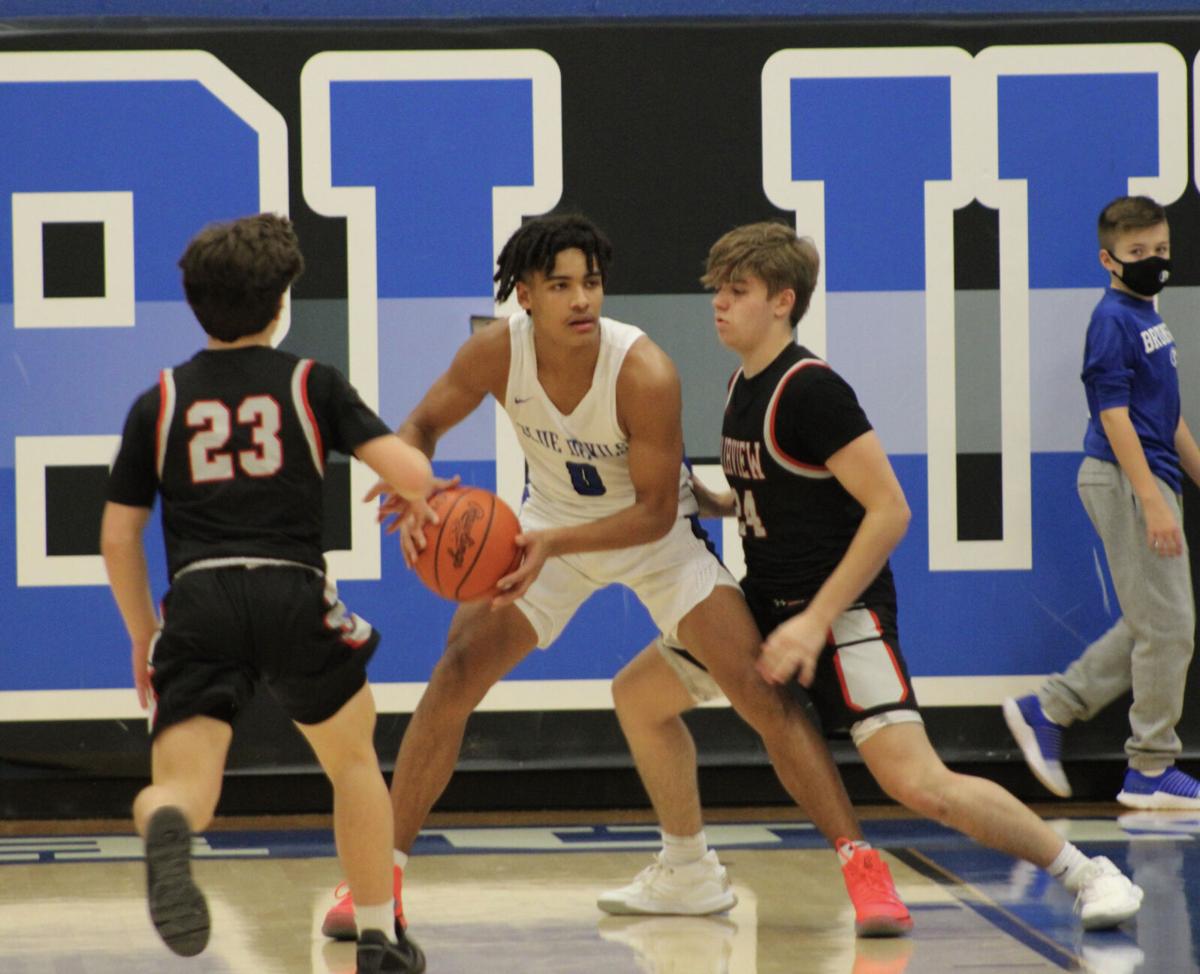 Brunswick guard Marquis Barnett proved to be a versatile weapon in his team’s 85-56 win over Fairview Nov. 28, posting a double-double with 26 points and 15 rebounds, both team-highs. 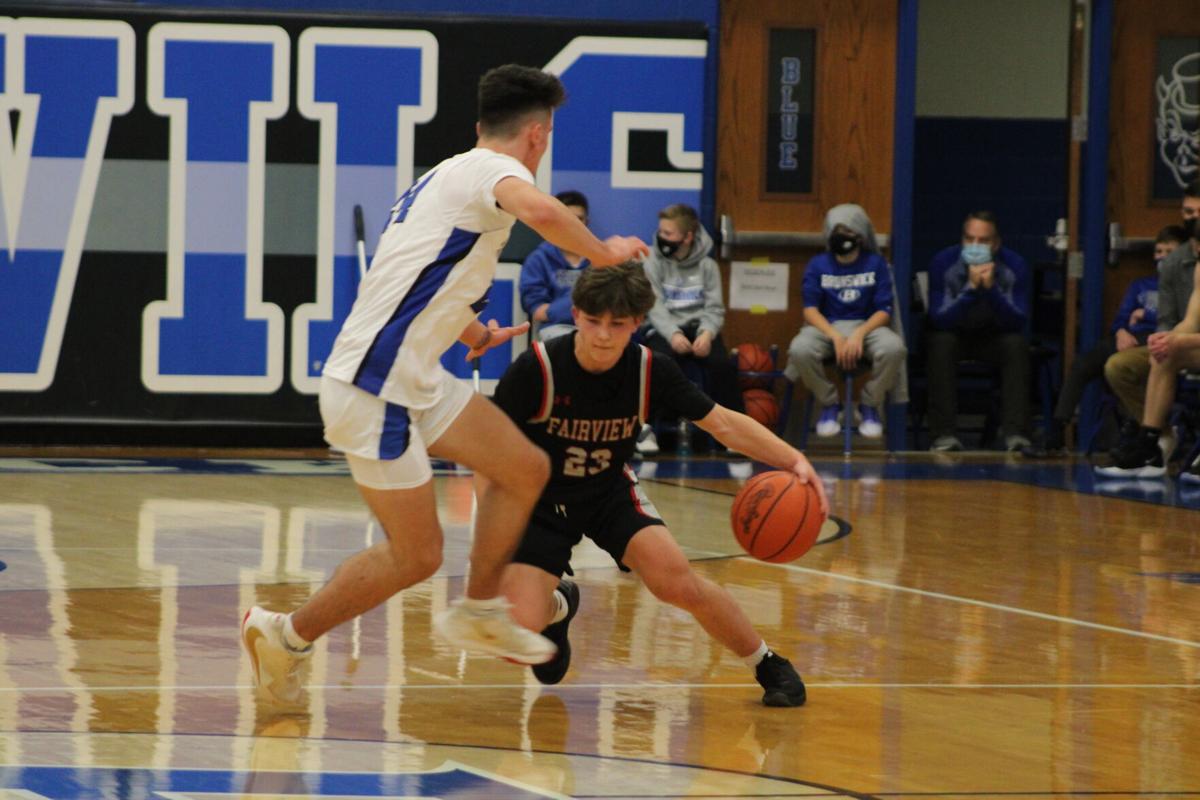 Fairview junior guard Michael Goff finished with eight points, two rebounds, an assist and a steal in his team’s 85-56 loss at Brunswick Nov. 28.

Brunswick guard Marquis Barnett proved to be a versatile weapon in his team’s 85-56 win over Fairview Nov. 28, posting a double-double with 26 points and 15 rebounds, both team-highs.

Fairview junior guard Michael Goff finished with eight points, two rebounds, an assist and a steal in his team’s 85-56 loss at Brunswick Nov. 28.

The game was never supposed to happen.

The Fairview boys basketball team opened its season Nov. 28 at Brunswick and lost, 85-56, in a contest that became lopsided in the second quarter.

But the fact the Warriors and Blue Devils even came together in the first place could be described as a minor miracle, born of equal parts determination and social media savvy.

“It was a wild week,” Warriors coach Ryan Barry said.

The Warriors (0-1) began last week knowing they would open their season against Lutheran West on Nov. 27 at Rocket Mortgage Field House in downtown Cleveland, until the Cavaliers pulled the plug on the event that was to feature a number of area teams. Lutheran West offered to host the game on the same day and time, but pulled out Nov. 24 when it opted to take the holiday week off as a precaution with COVID-19 cases soaring in Cuyahoga County.

Thanks to Twitter and the dogged pursuit of game action by Barry and Fairview athletic director Joe Dianetti, the Warriors booked a trip to Midview right after the Longhorns backed out, setting up an opener for 6 p.m. Nov. 27. That bit of scheduling lasted for less than 24 hours, as the Middies and the rest of the Southwestern Conference suspended all winter sports for two weeks.

Scrolling through Twitter once again on Nov. 25, Barry found a partner in Blue Devils head coach Joe Mackey, whose team had also lost their original opener against the SWC’s Amherst, and the schools set up a game that they were ultimately able to play.

For the Warriors, that meant three different opponents in four different venues in seven days.

“I saw (Mackey’s Twitter), he saw mine, and we had a parent who saw it, too, and we thought, hey, this would be a good matchup,” Barry said. “We just wanted to play a game. We didn’t care where. We’re a young group and we just wanted to get out there and get to work.”

If there was anything to be gleaned from the loss to the Blue Devils (1-0), it was that there’s still a lot of work for the Warriors to do as, hopefully, more games are played. The graduation of one of the most successful classes in school history has led to only one starter from last season, senior guard Ethan McQuate, returning.

He scored a team-high 20 points, 16 coming in the second half as he got more comfortable on the floor and started attacking the rim with more ferocity.

“It was pretty tough (to find a rhythm),” said McQuate, who added three assists and two rebounds. “I just have to get back and practice more.”

Tyler Holliday added 16 points and 8 rebounds for the Warriors, who ended the first quarter down a manageable 16-13 to the Blue Devils before the more veteran hosts went on a tear in the second.

With backcourt mates Marquis Barnett and Tre Massey leading the way with a combined 26 points, the Blue Devils went on a 15-2 run to open the quarter, then rolled into halftime up 44-21.

“(Barnett) is really athletic. He can do it all, so it was tough,” McQuate said.

Barnett, the team’s 6-foot-3 point guard, proved to be the Warriors’ biggest obstacle. He initiated offense, shot from distance, posted up and crashed the glass in a versatile effort, posting game-highs with 26 points, 15 rebounds, 6 assists and 2 blocks. Massey finished with 21, including four 3-pointers.

“They’re obviously two of the better guards in the area,” Mackey said. “Marquis can score in a number of different ways. He didn’t shoot it very well, so we put him in the post and he got a lot of his points from two or three feet posting up. And Tre’s an elite shooter.”

Fairview committed 11 turnovers to 8 for Brunswick and shot 31% from the floor. The Blue Devils shot 51% and used their superior size to grab a 42-30 edge in rebounding.

“The effort was there,” Barry said. “My kids play hard, but they’re young. I don’t think they trusted themselves. The first quarter was good, we played well early offensively. But in the second quarter they pressured us more and we let that dictate what we were doing, which is never what we’re supposed to do. No matter what they do, we’re supposed to be the aggressive ones. But overall, I’m proud of them.”

The Warriors, who traveled to Mayfield on Tuesday for another game that was agreed upon in short order, will next play at Buckeye Dec. 8 in their Great Lakes Conference opener. At least for now.