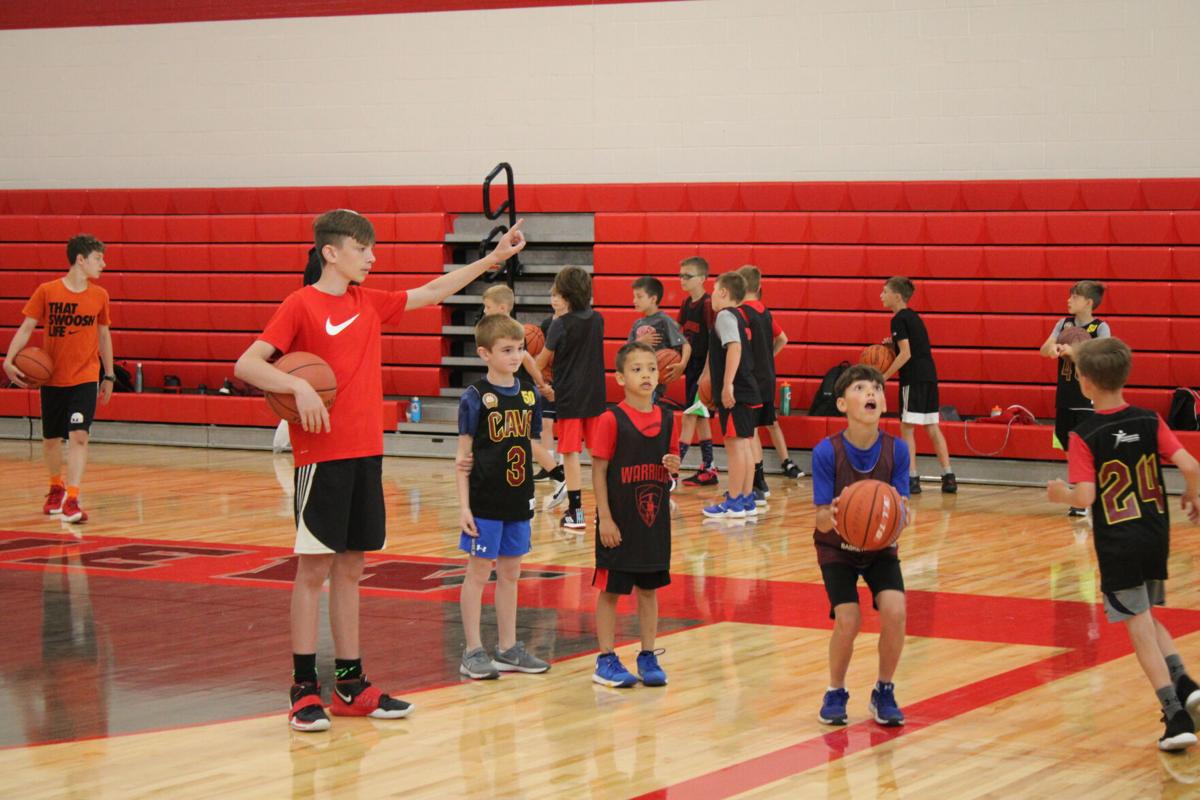 Fairview High School’s gleaming new gym floor served as the stage for the boys basketball team’s annual summer camp last week. With the relaxation of COVID-19 protocols, the camp hosted more children in grades 3-8 than it had in 2019. 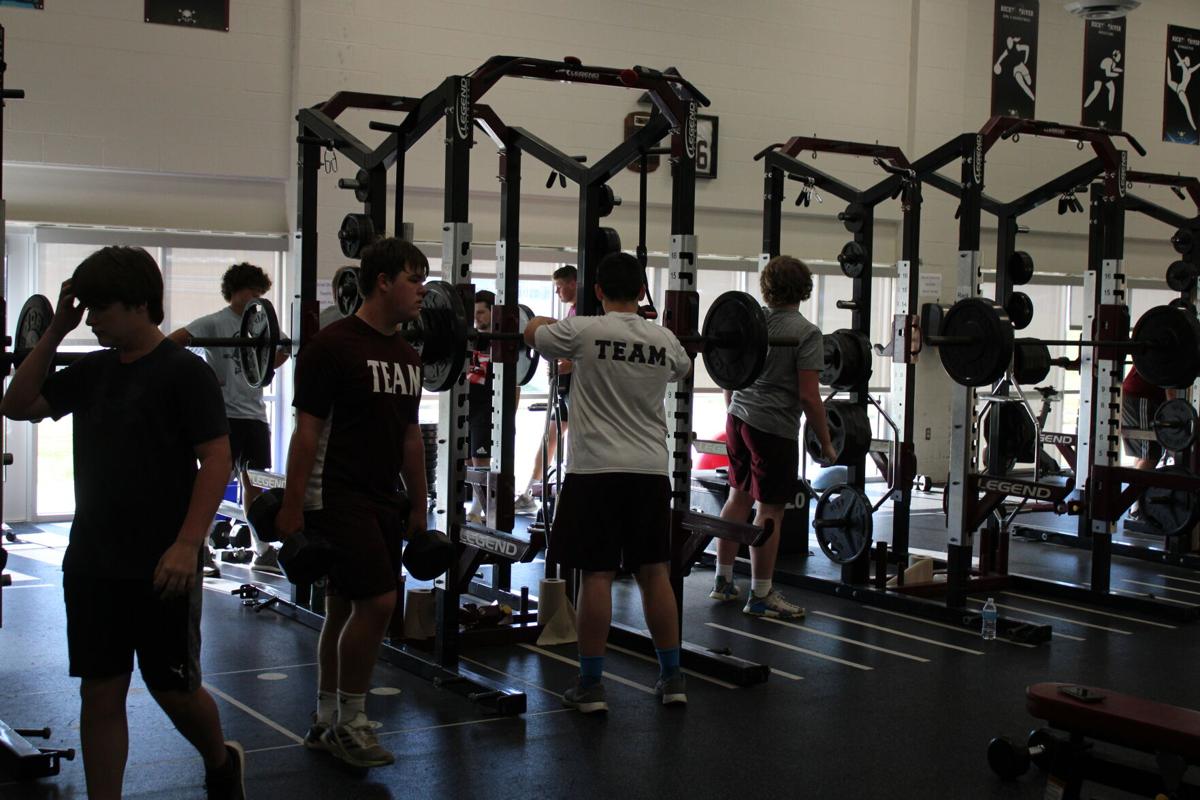 Rocky River football players have taken full advantage of the high school’s weight room so far this summer, something they weren’t able to do at all last off-season.

Fairview High School’s gleaming new gym floor served as the stage for the boys basketball team’s annual summer camp last week. With the relaxation of COVID-19 protocols, the camp hosted more children in grades 3-8 than it had in 2019.

Rocky River football players have taken full advantage of the high school’s weight room so far this summer, something they weren’t able to do at all last off-season.

Across the Westshore area, athletes of all ages are hitting fields and courts of play like it’s 2019.

The calendar’s turn to June meant the start of youth camps for sports of all kinds, run by area high school programs. In some cases, registration numbers hovered around where they sat two years ago, well before COVID-19 entered the picture. In others, record turnouts left the hosts feeling optimistic about the future.

Fairview High School’s youth boys basketball camp, run by varsity coach Ryan Barry, his staff and a number of Warriors players, wrapped up on June 17 on the gym’s new floor. In 2019, he had about 64 signups of kids entering grades 3-9, but this time had the same number with just grades 3-8.

“I’d say our numbers are up,” Barry said as campers shuffled from station to station, working on hoops fundamentals like dribbling and shooting. “It’s nice to see the turnout, especially after last year.”

Not far away at Lutheran West High School, boys and girls varsity cross country and track and field coach Anjanette Whitman is seeing an uptick in camp participation. Her annual track camp doesn’t begin until July 12, but already has 16 signups, which she described as a new wrinkle.

In past years, most registrations usually came in right before the start of camp. The largest turnout she’s ever had was 18 athletes entering grades 5-9.

With pandemic restrictions loosened, North Ridgeville coaches revived a unique idea that pulled in a record number of campers.

The football and boys basketball teams brought back the concept of two camps that would run at separate times but still maintain a connection. Kids in grades K-8 could sign up for coach Bryan Morgan’s football camp, which ran from June 7-10, stay on site for a free lunch provided by the school district via the USDA Food and Nutrition Service program, then attend boys coach Ben Chase’s basketball camp in the afternoon. About 90 kids took advantage of the offer.

“(Former football coach) Luke Durbin and I did the dual camp two years ago, the last time we could do it,” said Morgan, who was previously the boys basketball coach. “We had about 70 kids that did both, so I knew there was an interest there. Anytime you can tell the parents to drop the kids off at 10 a.m. and you don’t have to pick them up until 2:30 p.m., there’s a good amount of families that will do that.”

“In the future, I’d like to include the wrestling program as well,” he said. “Kids would start the day at my camp, then go to wrestling and basketball afterwards, and we’d try to get more and more kids to do two camps at a time, instead of spacing them all out. I think it’s good for our parents with scheduling.”

“We got very positive feedback from parents that their kids had fun at camp,” Chase said. “It was great to be able to have a youth camp again.”

For the high school athletes, the decrease in COVID-19 protocols has meant the return to a normal off-season.

Last summer, sports facilities were closed until August and many players were tasked with preparing on their own. When teams did get together, it was limited, socially distanced and in small groups.

That’s why for incoming Rocky River football senior Charlie Sobol, the ability to spend an early morning in the school’s weight room with the rest of their teammates was a welcome experience.

Sobol will serve as one of the veteran anchors of the Pirates’ offensive line in the fall, lining up at right guard. For now, he’s just happy to get in his June reps like he’d grown accustomed to before the pandemic.

“It’s a lot better,” Sobol said. “I feel like we’re more of a team when we’re all in the weight room together. I feel like everyone’s working more together toward our goals this year.”

Entering his first season as North Ridgeville’s football coach, Morgan has benefited from the return to normal. His weight room sessions have included as many as 30-40 players at a time, and 85 overall. In Avon Lake, head coach Matt Kostelnik’s football workouts have included similar numbers.

“Our numbers are holding strong, right around that 60 to 70 range,” he said. “That’s where we’ve been pretty consistently over the last five years.”

Last week, Morgan’s team hosted Brookside for a 7-on-7 scrimmage – something that would’ve never been able to take place a year prior. Admittedly, even though the old normal has gradually returned to the local sports scene, he got caught up in 2020 thinking.

“We filled up one of those big water troughs for the kids, and we stopped and thought, should we fill a separate one for the Brookside kids,” he said. “We were thinking what should we do, what shouldn’t we do. With a lot of the restrictions being lifted, it really is nice to just have a regular off-season.”