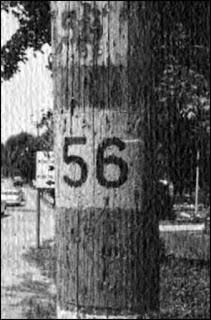 Stop 56 of the Lake Shore Electric Railway route through Avon Lake is at Beach Park Station and was a popular stop for tourists eager to enjoy Lake Erie’s shore. 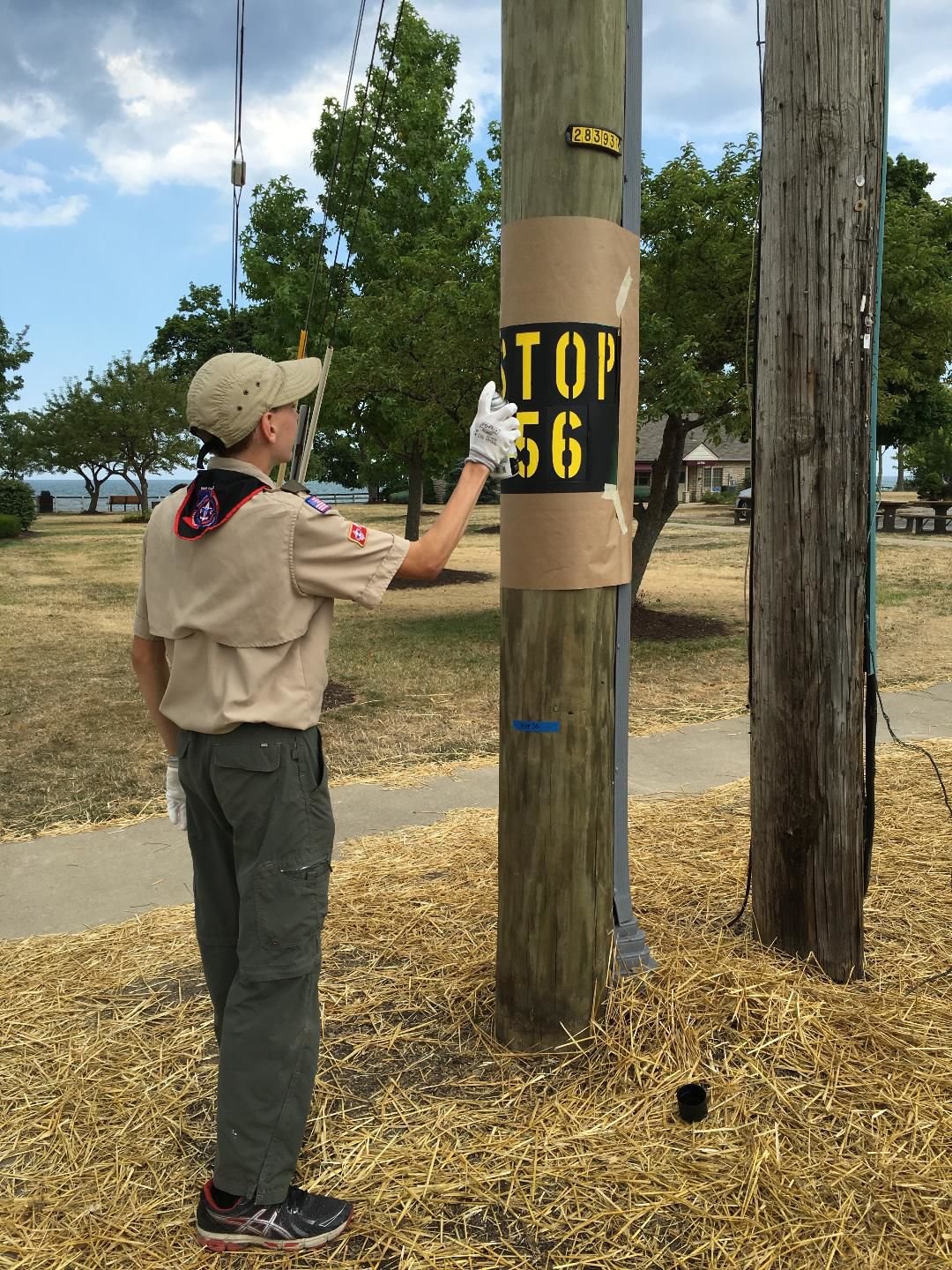 Stop 56 of the Lake Shore Electric Railway route through Avon Lake is at Beach Park Station and was a popular stop for tourists eager to enjoy Lake Erie’s shore.

To celebrate the city of Avon Lake’s bicentennial, The Press will be sharing a monthly ‘Then and Now’ photo story of a prominent city landmark. This six-month series, written by guest voice Sherry Spenzer, will culminate with the city’s Fourth of July Jubilee.

This month’s feature focuses not on an isolated location, but on a series of sites: the Lake Shore Electric Railway stops. These remnants of Avon Lake history were restored in August 2016 when Avon Lake teen Drew Horton, who was pursuing Eagle Scout status, organized the repainting of stop numbers on telephone poles along Lake Road. The stop numbers are reminiscent of one of Avon Lake’s greatest developmental influences — the Lake Shore Electric Railway. That transportation system, frequently referred to as the “interurban,” drew attention to lakeshore real estate; vastly enhanced property values; and forever changed the complexion of the city.

Just inside Avon Lake city limits was Stop 38, and the stop numbers increased as railway cars proceeded west. The designated points served not only as places of disembarkation for passengers, but were identifiers for various neighborhoods and key Avon Lake locations. Among the more recognizable were: Stop 44 – Tomahawk Drive; Stop 45 – South Point; Stop 56 – the intersection of State Route 83 and Electric Boulevard; Stop 65 – Beach Park Station and car barn; and Stop 69 – Miller Road.

Although the repainted stops are now along Lake Road, the original railway stops were on Electric Boulevard, which is how the street got its name. The Beach Park Station that serviced rail cars in Avon Lake was built in 1898, and interurban service gave passengers easy access to shopping, schools, work and vacation destinations. Railway travel peaked in the early 1920s, and by 1925, the Lake Shore Electric Railway began its foray into bus service, as the latter began mounting serious competition. In 1933, the railway company, faced with diminishing profits as a result of increasing popularity of automobiles, the Depression and its own mounting debt, went into receivership. On May 15, 1938, it ceased passenger service. The Lake Shore Coach Lines bus system initially filled that transportation void, but in the 1940s, the line was sold to Greyhound.

Greyhound moved its route from Electric Boulevard to Lake Road, but maintained the same primary stops as the railway. The stop numbers were simply repainted on Lake Road telephone poles, and the bus system essentially followed the interurban time schedule.

Of the original Lake Shore Electric Railway stops, Stop 45 endures. Once the location of summer cottages seasonally inhabited by urban vacationers, the neighborhood has retained its cottage quaintness, and has claimed the name “Cottage District.” For the gatekeepers of Avon Lake history, reference to the “45s” will draw quick criticism and a firm reminder that there was only ONE Stop 45 on the Lake Shore Electric Railway route.