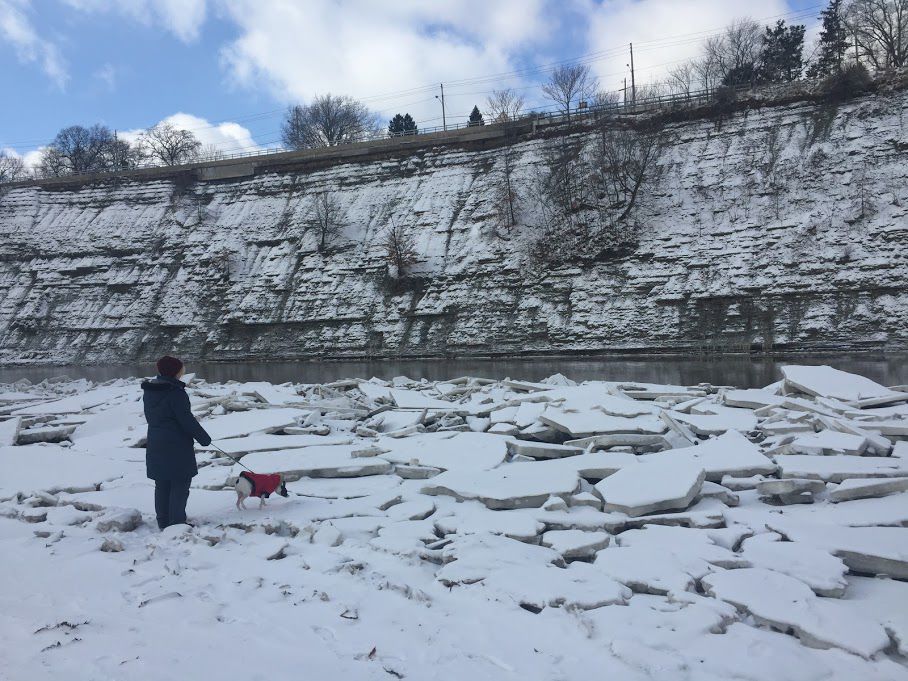 An ice dam at the dock area near the Emerald Necklace Marina in Cleveland Metroparks’ Rocky River Reservation shows evidence of the freeze/thaw/refreeze cycle of weather experienced this week in Northeast Ohio. Kelly Love of West Park and her dog, Riley, tentatively explore the piles of ice chunks. 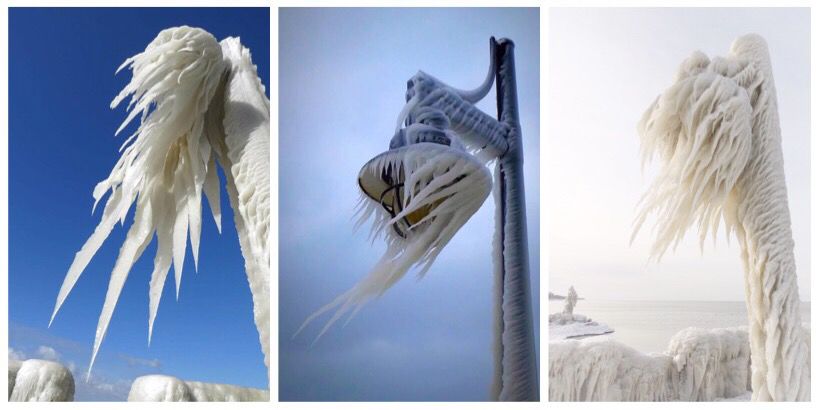 Photos by Nadine Bluemel of Westlake 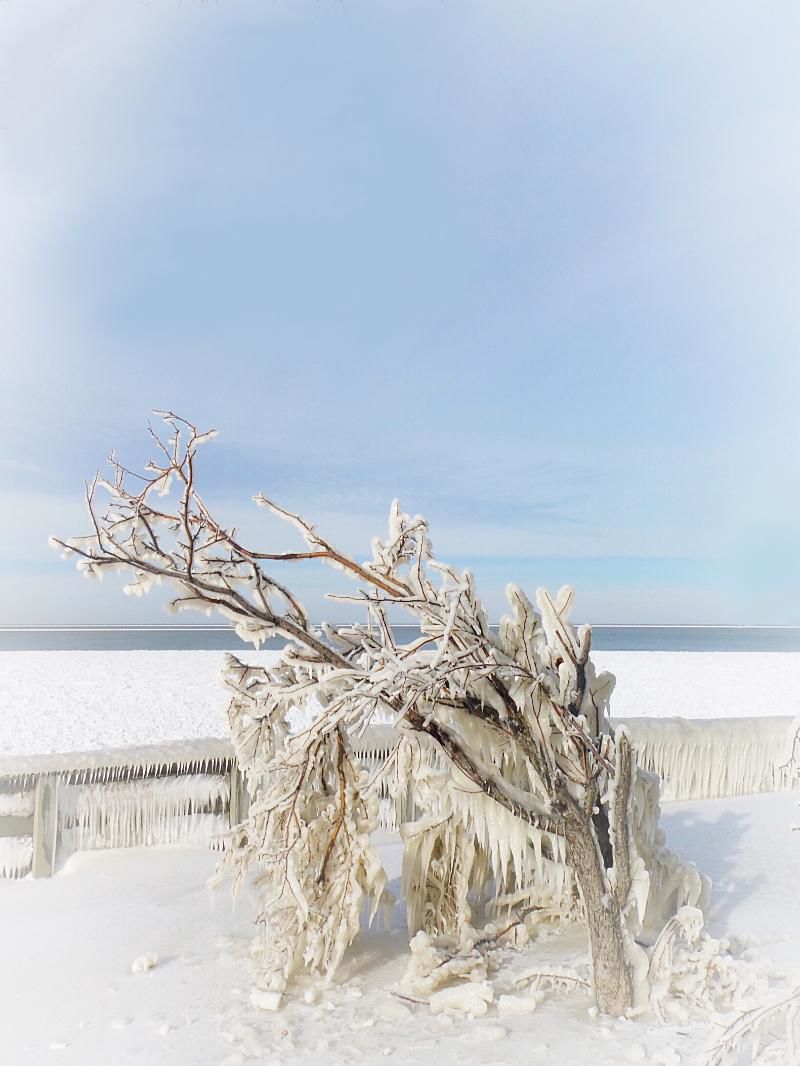 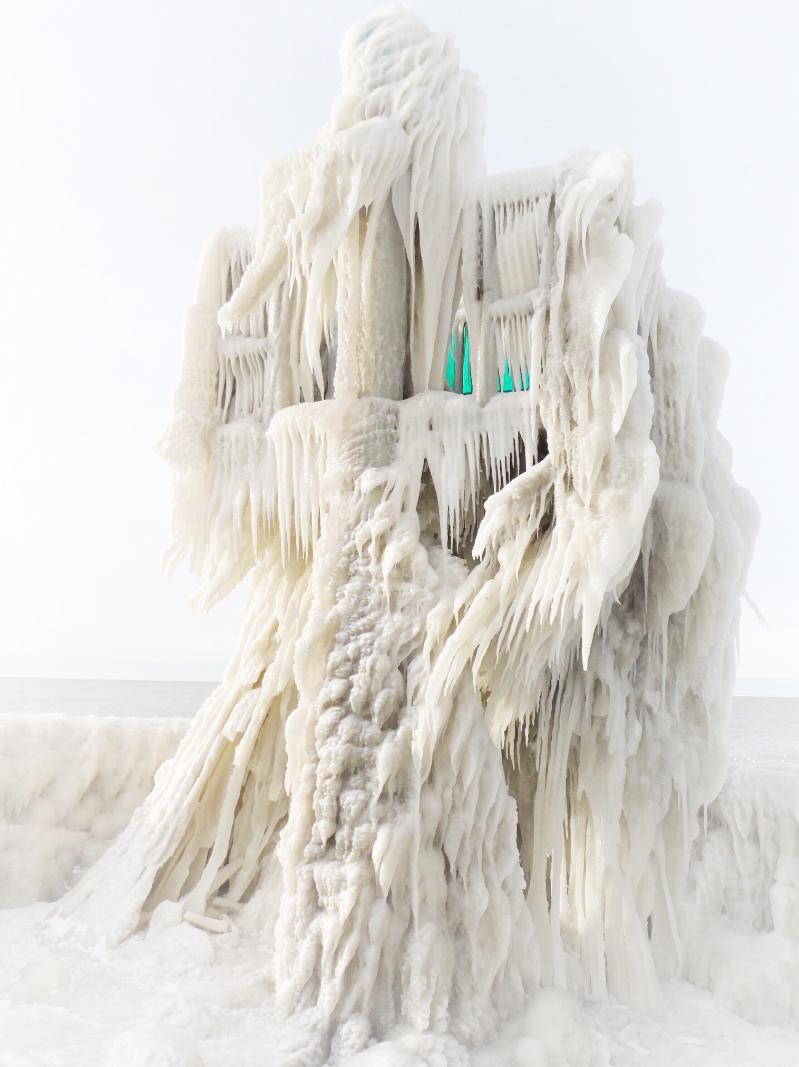 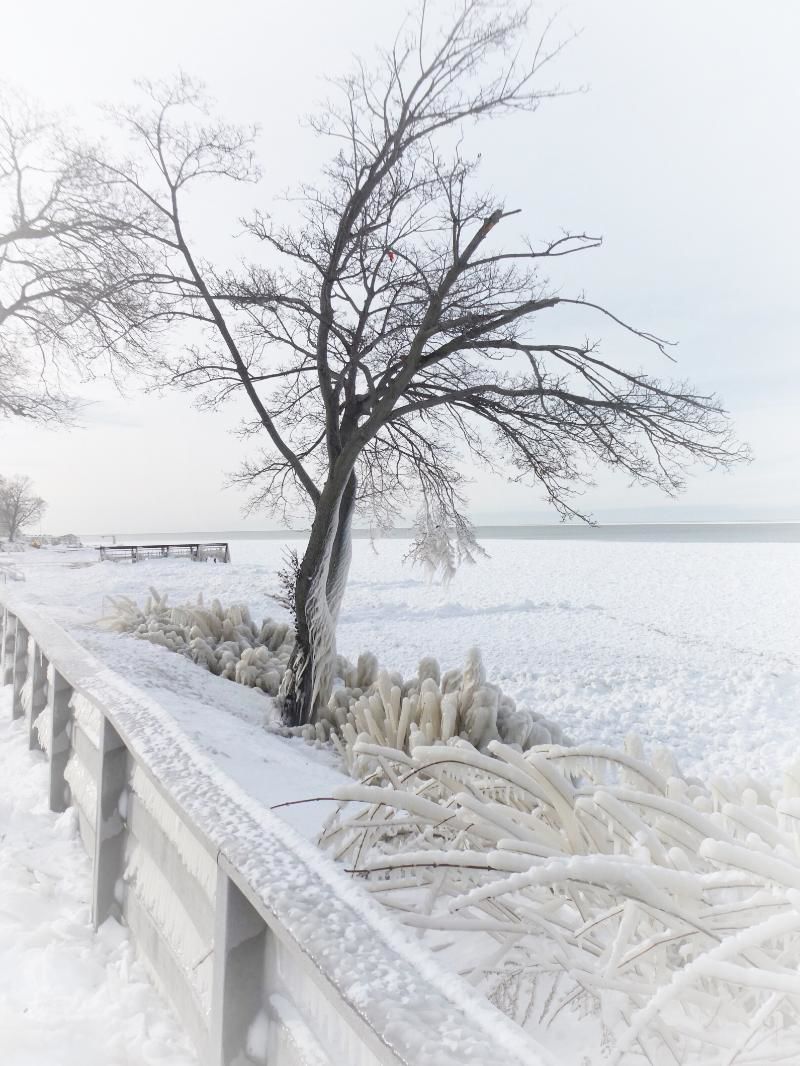 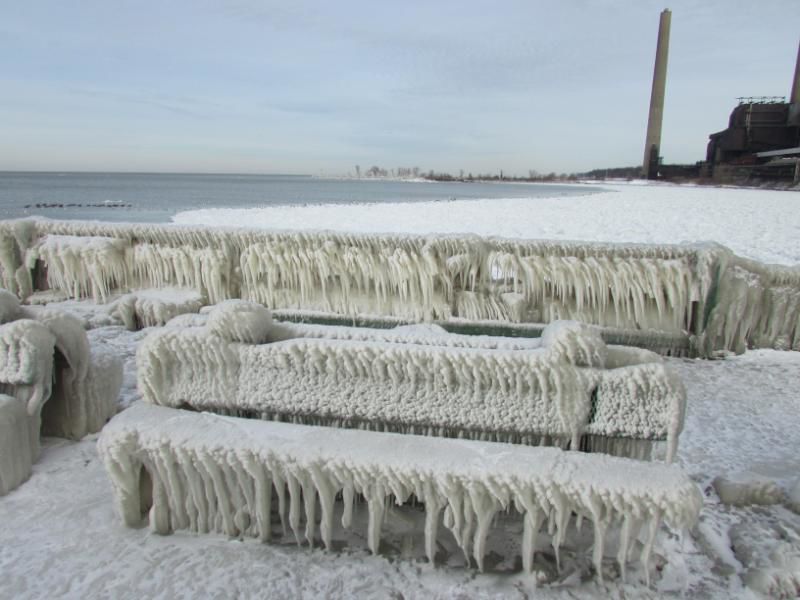 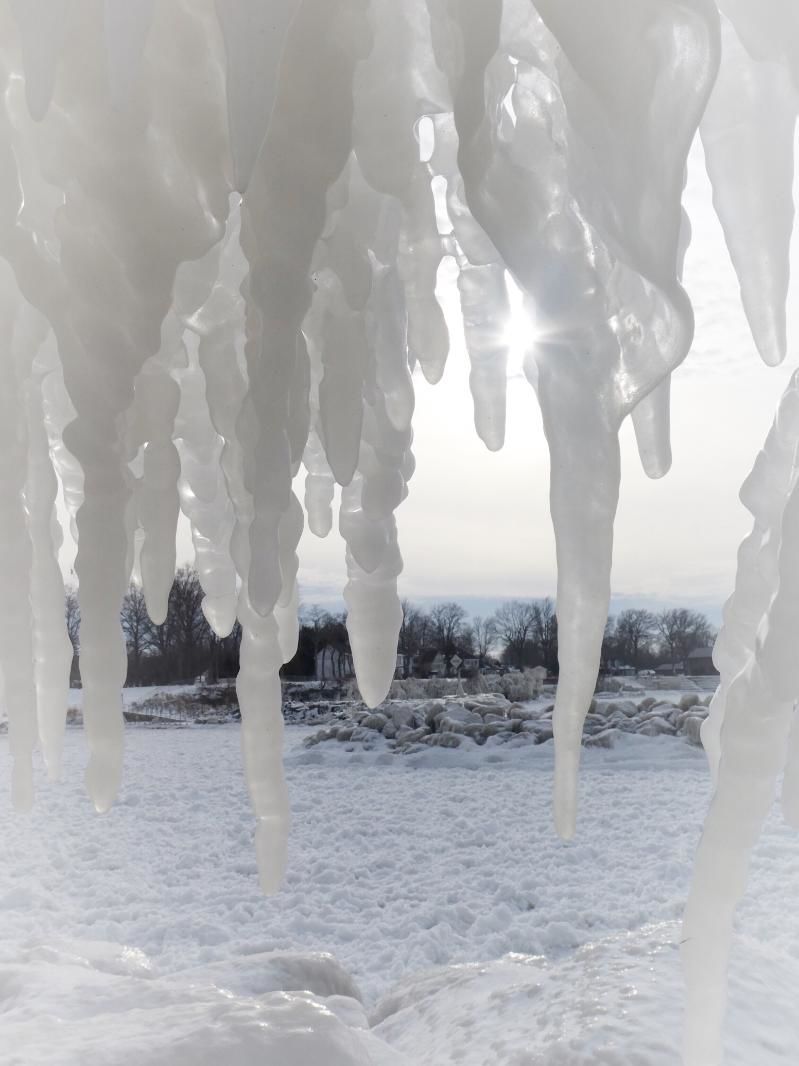 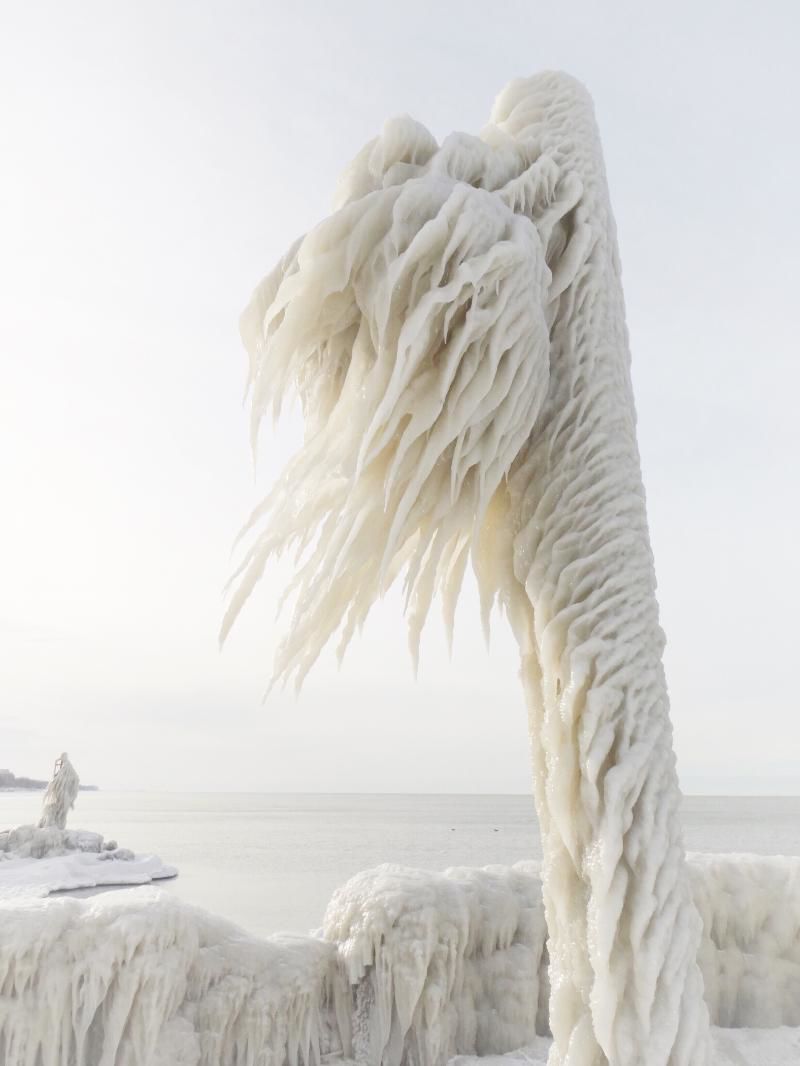 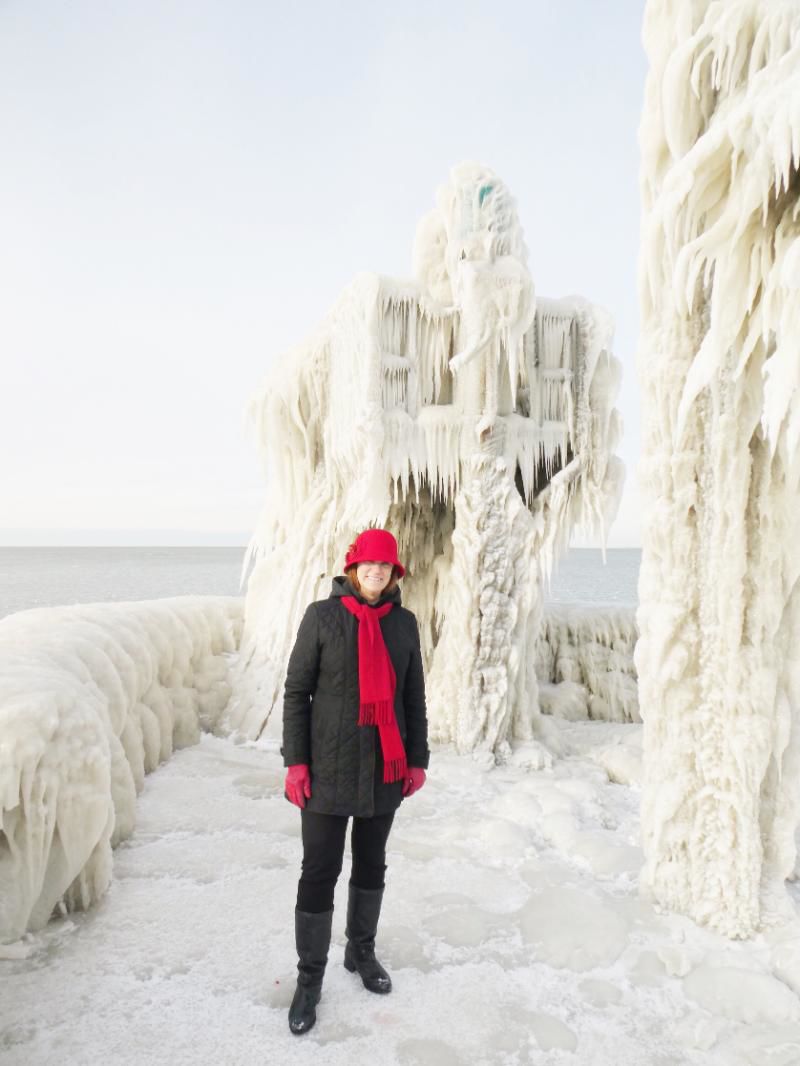 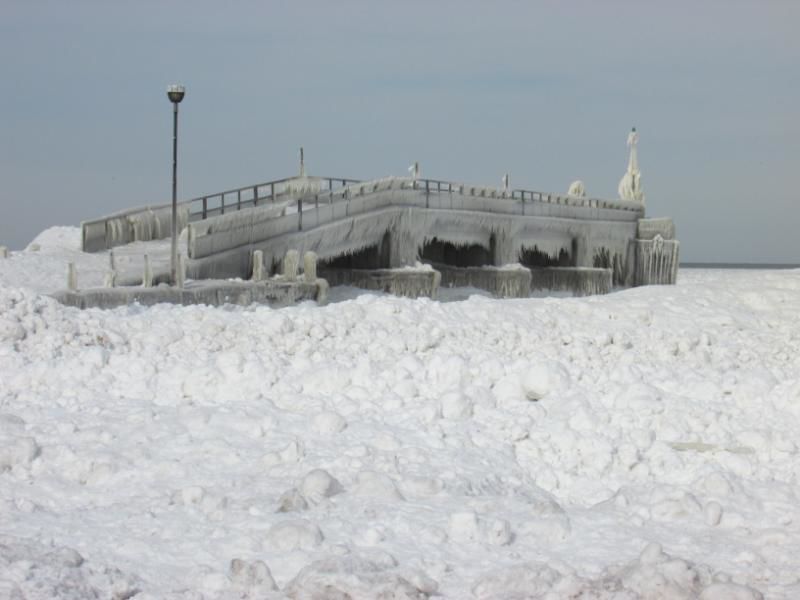 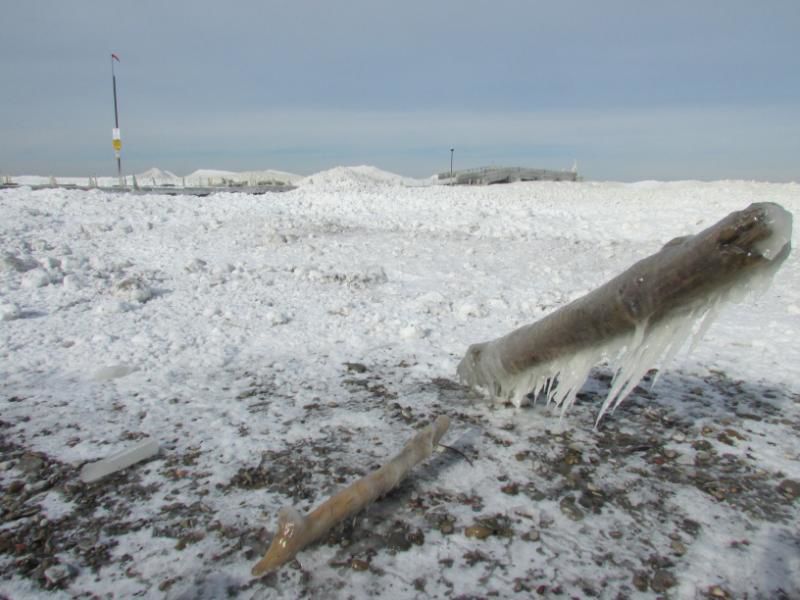 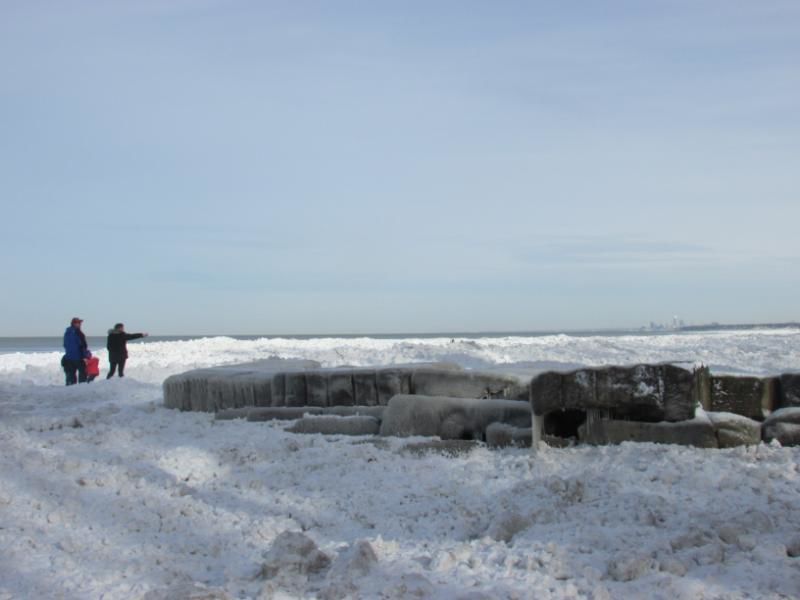 An ice dam at the dock area near the Emerald Necklace Marina in Cleveland Metroparks’ Rocky River Reservation shows evidence of the freeze/thaw/refreeze cycle of weather experienced this week in Northeast Ohio. Kelly Love of West Park and her dog, Riley, tentatively explore the piles of ice chunks.

Photos by Nadine Bluemel of Westlake

WESTSHORE — Say what you will about Northeast Ohio winters. Days are gray. Winds don’t “chill,” they freeze. Cars skid and stop. Boots slip and slide. A blizzard followed by rain.

Nature may challenge, but, oh, it can also amaze. That has never been more evident than in the last week. Cell phone cameras (and “real” cameras) went into clicking overdrive after our recent blizzard, recording the icy artwork created by exactly the right wind speeds, snowfall, and water and air temperatures.

But how and why did those “sculptures” appear on the Lake Erie shoreline? Thijs Heus, assistant professor of atmospheric physics at Cleveland State University, has the explanation. Heus has taught at CSU since 2014. Prior to that, he was a researcher in Germany and the Netherlands.

“They are essentially icicles, so they are about as fragile,” he said in an email. “If they're small, they are fragile, but anything thicker than an inch or so is very sturdy and heavy. I imagine it was quite the spectacle when they came crashing down on Wednesday!”

Heus added, “They start off when water or wet snow hits a cold object (like a fence, a pole or pretty much anything else). That goes easiest if the temperature of the rain/snow is very close to freezing. Once an icicle starts, it becomes a preferred place for more water to drop on, and it will grow faster and faster. To get it as dramatic as this weekend, you need strong winds; we had sustained wind speeds of up to 33 mph on Saturday, and gusts up to 44 mph.”

In principle, he added, the sculptures can happen on ocean shores as well. “But that would be much more rare in the continental U.S., since winter storms usually come from the west, and the Pacific Coast is relatively warm. Alaska is a different story .... But the Lake Effect definitely helps.”

The ice formations seen last week after the blizzard are rare because the area doesn't often get high-wind snowstorms. “Official blizzards (sustained winds above 35 mph) don't happen (more than) about once per decade here, if that,” Heus said. “And these sculptures grow best with warm wet snow (such as lake effect), which mostly occurs relatively early in the winter. So it doesn't happen that often.”

Luckily, we have the pictures to prove it happened. And for those who ventured out that day, it was quite the treat.