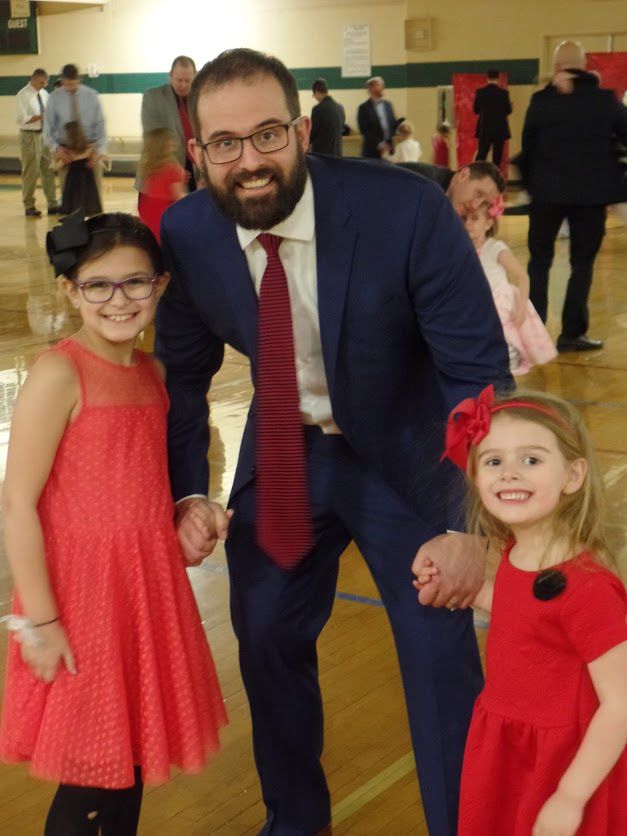 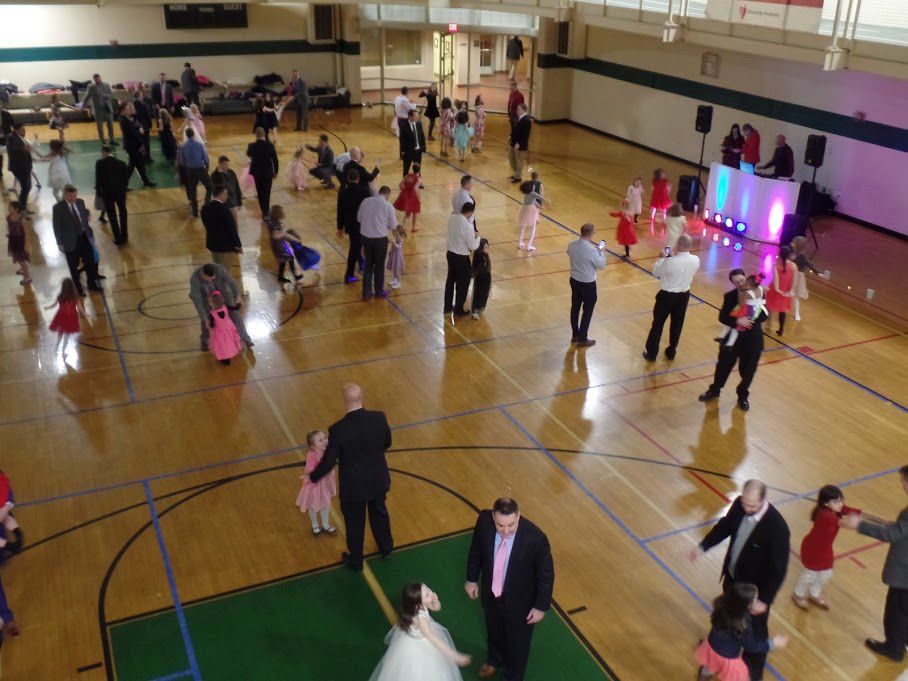 WESTLAKE — As soon as the Westlake Recreation Department announced the date for its annual father-daughter dinner dance, Kip Primrose snapped up three tickets. Other dads had been shut out of the annual event in previous years and he was not going to be one of them this year.

Primrose, a seventh-grade science teacher at Westlake's Lee Burneson Middle School, said planning for the event with his daughters Nora, 9, and Madeline, 4, began well ahead of the Feb. 1 event.

The girls talked about what they would wear. Primrose laughed describing the trip the family took to buy both girls new dresses. They had to be red and something the girls could "twirl in" as they danced, he said.

While Primrose and Nora have attended the dance the past three years, this year marked the first year Madeline, whom he calls Maddie, was old enough to attend. "She was so excited to go this year," he said.

He credited his wife, Kelly, for perfecting hair and adding headbands that matched the new dresses.

As they arrived at the rec center, the girls received wrist ribbons, which Primrose called a new version of a wrist corsage. They had their pictures taken and enjoyed a spaghetti dinner topped off with heart-shaped sugar cookies for dessert. Then it was time to dance.

Primrose said his girls told him it was their favorite part of the evening."I'm not a very good dancer, but I try," he said, adding they held hands through fast and slow dances. He laughed about being unable to name one song or artist they danced to.

On the way home, they stopped for ice cream and a chat covering every detail of their evening. Summing it up, "They had a blast."

Primrose already spends individual time with each of his girls. "We will go out to grab a bite or go to the library. This is extra special," he said. Besides being fun and a chance to get dressed up, it affords him an opportunity to model for the girls how they should be treated.

Primrose offered a shout out to rec center staff stating he believes the event is the best family event they do all year. "I can't express how awesome it is. I look forward to it every year. I'll be going until my daughters are too old (to attend)."

Mom wasn't left home alone for the evening. Primrose said she had a dinner date of her own with their 6-year old son, Jack.

The event has been held 15 years and nearly 100 attended this year’s event.