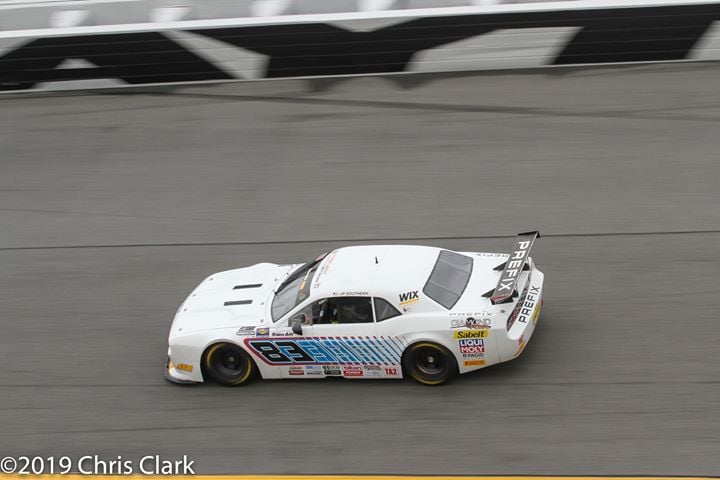 This was John Paul Southern Jr.’s first time racing in a car with a roof. Most of his experience has come from racing kart-like vehicles. 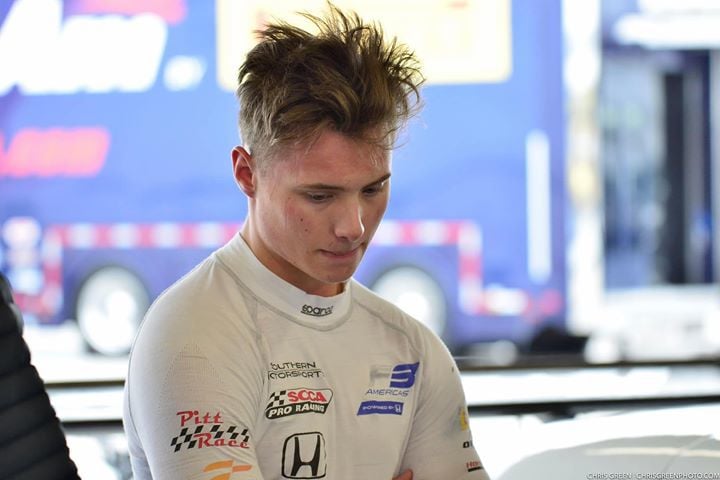 JP Southern Jr. placed sixth in the race that saw him go an average of 180 mph

This was John Paul Southern Jr.’s first time racing in a car with a roof. Most of his experience has come from racing kart-like vehicles.

JP Southern Jr. placed sixth in the race that saw him go an average of 180 mph

For most teenagers, getting a driver’s license means trips to the mall and getting food with friends. For Westlake High School senior John Paul Southern Jr., it means racing down the Daytona International Speedway at 180 mph in a Dodge Challenger.

At 17 years old, John Paul, who goes by JP, was one of the youngest drivers to ever compete in the Trans Am presented by Pirelli on Nov. 16. He finished sixth among 32 drivers in the 100-mile, hour-long race.

“It feels amazing,” JP said. “It was an amazing experience. After the race, I kind of wanted to get back in the car and do it again.”

All of this became possible after JP started a correspondence with Joe Stevens, who owns Stevens-Miller Racing. The organization specializes in “arrive and drive” racing program that provide drivers with transportation, lodging and a car for racing events.

The organization focuses on Trans Am TA2, a sprint-style road race that features the Ford Mustang, Dodge Challenger and Chevrolet Camaro, according to Transam.com.

Stevens and JP began talking a few months before the event. They met through a mutual connection and discussed working for the team and tips for JP’s career. After a driver on the team dropped out a few days before the event, Stevens asked John Paul to fill in.

JP first got behind the wheel at age 5 with the help of his father and he has stuck with it since. When he got his driver's license, he passed the test with flying colors on his first try.

The Trans Am wasn’t his first race either. JP is a five-time National Karting Champion. His team, Southern Motorsports which he started with his father, regularly competes in the Formula Three series, a race involving single-seat cars, with his own Ligier JS F3.

“Our goal has always been to get to where he’s at now,” John Paul Southern Sr. said. “He’s always wanted to win and get to the top. I’ve known since the first time he’s ever driven that he was a natural driver — you could see it.”

This was the first time JP had ever driven a Dodge Challenger, his only experience comes from behind single seat cars. But when John Paul hopped into the driver’s seat of the Challenger, Stevens was blown away.

“I don’t think I ever had anyone hop in a car and get down to driving competitive times as fast as he did,” Stevens said. “Just the ergonomics and the shifting and the way these cars do and don’t like to be driven — it’s not something that usually you just get. JP took to it like it was something he’s been doing his whole life.”

In his off time, JP likes to work out and play basketball with his friends. However, no other sport compares to driving.

“It’s really different from all the other conventional sports out there,” JP said. “My favorite part is how fluid it is. Every time I step into the car, it’s a whole new experience. There’s nothing like it.”

JP and his father are looking for sponsors for his future driving endeavors. Although JP is unsure whether he will compete behind the wheel after college, he wants to continue doing something related to cars.

Whatever JP decides to do, Stevens hopes it will be with his team.