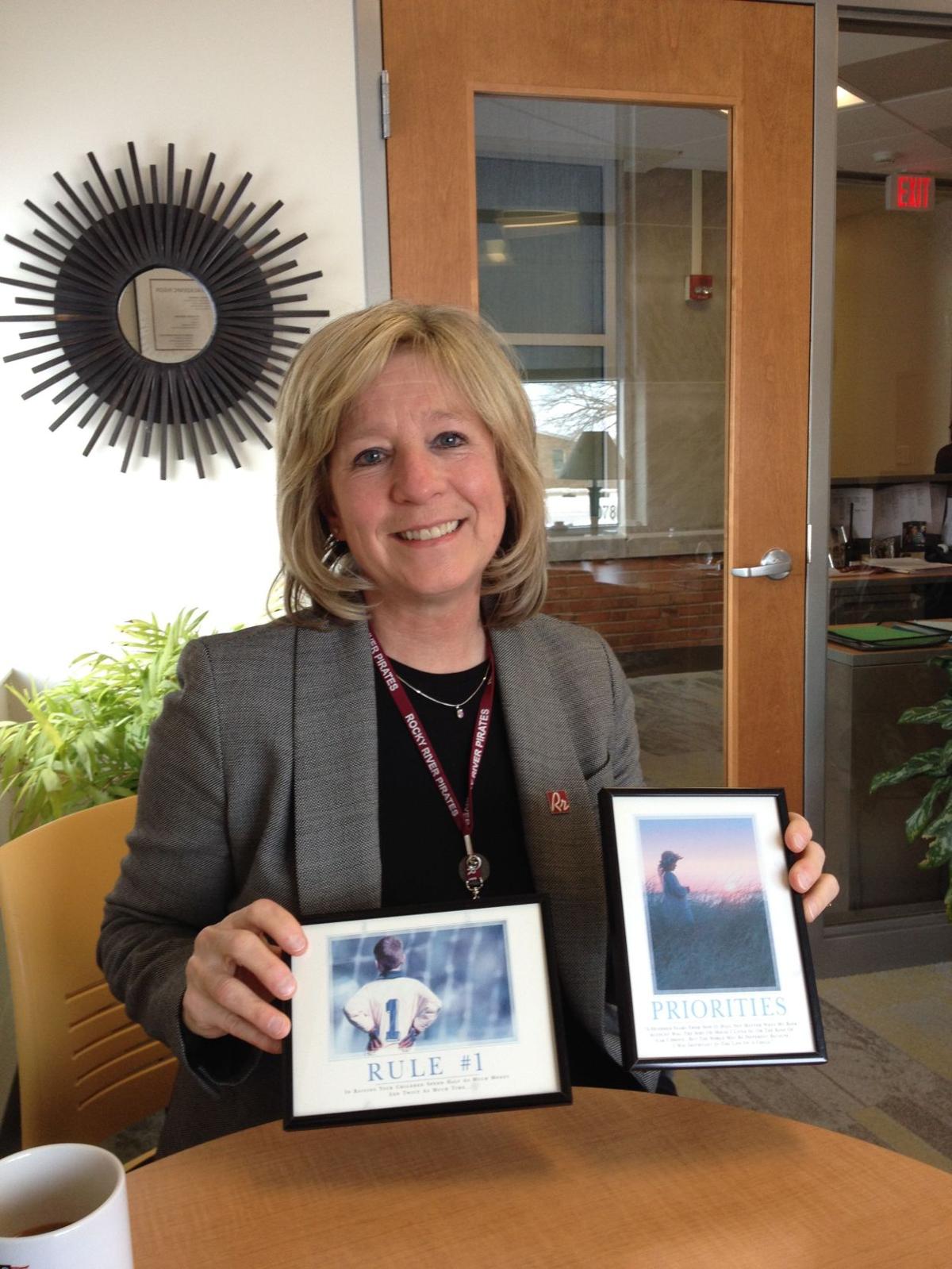 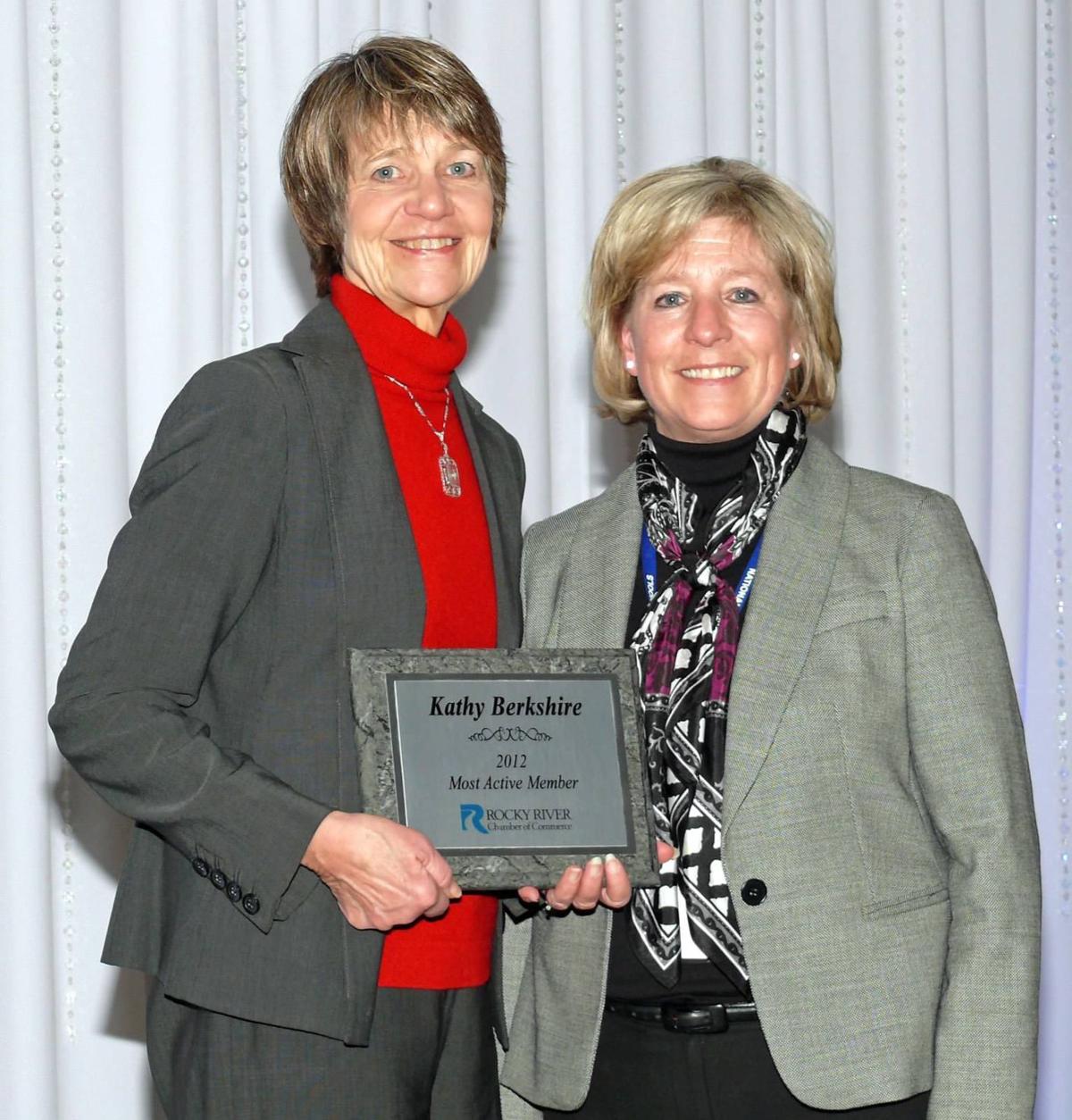 Rocky River High School Principal Debra Bernard has kept two framed sayings with her throughout her career in education. One states that “Rule #1” for raising children is spending half as much money and twice as much time. The other defines “priorities” as having the passion to make life better for children.

Bernard, who will retire after heading up the high school for nine years, hopes that these ideas will be part of her legacy.

“I got into education because I wanted to make a difference in the life of a child,” Bernard said during a recent interview. Noting that her hometown of Hudson Falls, N.Y., is similar to Rocky River “in size and aspects of education,” Bernard added that she was one of the lucky people who knew from a young age where their career path would lead.

“It was great the Rocky River schools gave me the opportunity to develop that passion,” she stated.

Originally hired by the district as a business teacher, Bernard said her job eventually “melded into the opportunity to become an administrative intern.” She served six years as the high school’s assistant principal and was tapped for the top spot in 2005.

Reflecting on the challenges and changes seen throughout her career, Bernard noted that nearly 20 years ago, education was more “compartmentalized,” with teachers focusing on individual goals. “I remember thinking, so much could be gained if we work together,” said Bernard, adding that she would now be leaving a “highly functioning learning community.”

The evolution of technology into a legitimate learning tool, of course, has been the biggest transformation Bernard has witnessed. “It has made teens’ world different. But the kids are also exposed to more danger now. Security has always been our No. 1 priority, but there are so many other factors to take into consideration now,” she stated.

Ongoing tinkering with the educational system by state officials is another test for educators. “One of our biggest challenges is trying to keep abreast of all of the changes (mandated) by the state,” she said. “Our professional staff does a phenomenal job of preparing students with confidence.”

Although she has dealt with hundreds of students, there are a few who stand out, like the boy who left her a bag of M&Ms at the end of each school year, and the girl who overcame tragedy in her life to graduate and go on to college. “Four or five years later, she stopped in and said, ‘If it was not for you, I never would have graduated or pursued higher education,’” she shared. “That’s the piece that keeps you coming back.”

“The kids I liked the best were the ones that challenged the system. They made me better,” Bernard added. She said she has kept every note from students. “As an administrator you get more than you think,” she recalled.

“Hold on” is the advice Bernard would give to her successor. “Take the time to see this successful system for what it is and add your own ideas. I’m passing the ball and now it’s your turn to continue that education.”

Looking ahead to when “every day will be a Saturday,” Bernard said she and her husband will welcome their first grandchild this year, and plan to help with the baby. “I was always a working parent. I want to help make their life easier.” But she adds that she won’t rule out another job in education, possibly teaching at a local college.

Noting the high school remodeling project that took up three years of her tenure, Bernard showed a visitor the plaque near the front door, listing names of district administrators in 2013, the year the building was rededicated. She smiled when told that her grandson-to-be may see her name there. “That gives me chills,” she said.