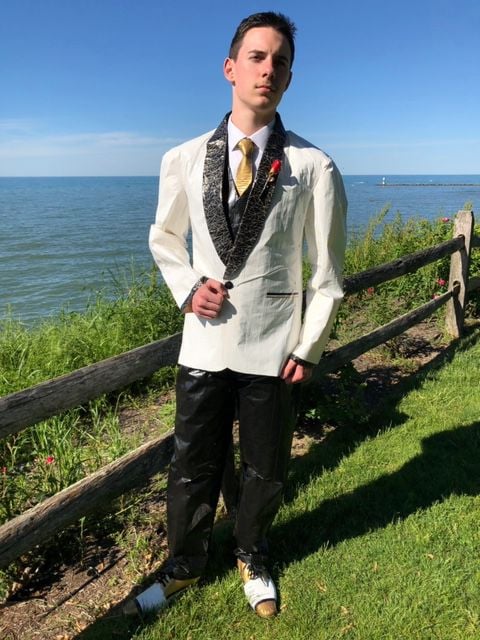 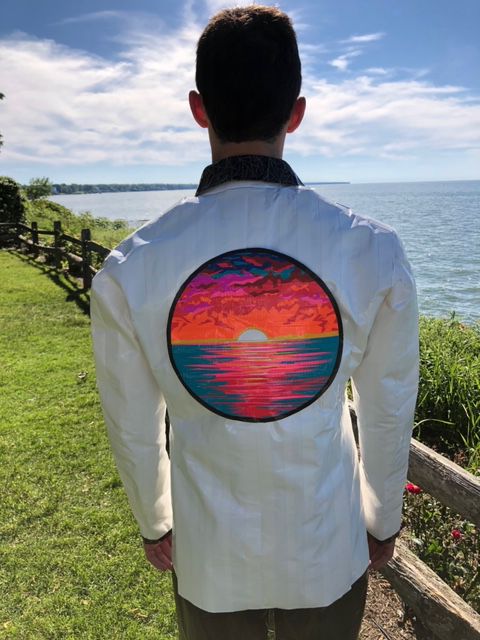 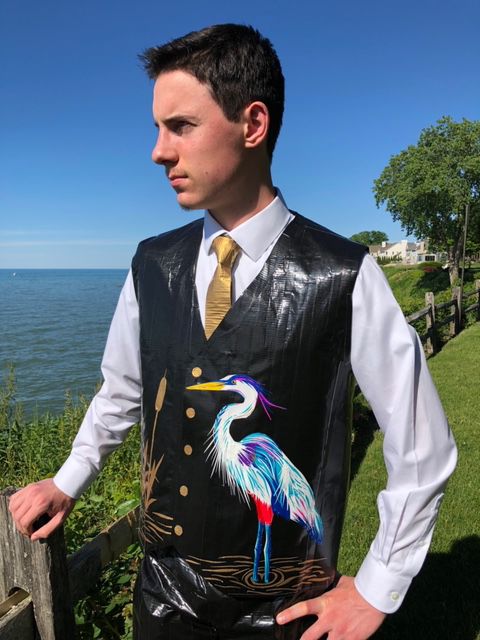 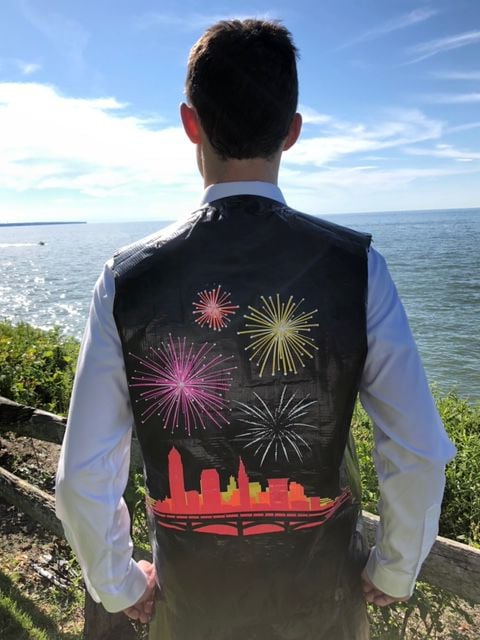 Fashion houses across the world spend small fortunes on the luxurious fabrics for their high-end creations. For Rocky River resident Joshua O’Halla, a finalist in the 20th annual Stuck at Prom competition, tape is more than enough.

The contest is sponsored by Avon-based Duck Tape. It challenges students to create a prom tuxedo or dress with just duct tape. O’Halla is one of 353 students nationwide who entered the  the competition and made it to the final five.

Each contestant was judged before the top five in each category was selected. Now through Friday, the public can vote on which finalist they like best duckbrand.com/stuck-at-prom. To vote for Josh, go to his picture and click on it, then hit "cast final vote," to make your selection. Winners will each receive $10,000 in scholarship money; runners-up will be awarded $500. Winners will be notified July 21.

“For most of my life, I really liked building things and was passionate about learning how to build using different materials,” said O’Halla, 18. “I really wanted to learn how to make a suit out of duct tape. I’ve known about the contest for a while and really wanted to compete in it to challenge myself.”

O’Halla, who is attending The Ohio State University in the fall to study mechanical engineering, began his quest for the best-taped suit in February. He estimates he’s spent 96 hours creating the suit, using the required 20 rolls of tape. To start, he bought a suit pattern and measured out how much “tape fabric” he needed, which turned out to be about 15 yards.

The hardest part of the project, he said, was the intricate designs used to decorate the suit. The decorations were inspired by summers spent on Lake Erie and views of the Cleveland skyline. The colorful tape decorations first began as sketches in his notebook. Once he decided on what he liked, he hand-cut with an X-Acto knife each section of tape.

“I wanted to make the designs look like a painting,” O’Halla said, noting that the designs alone took him 36 hours of work.

This isn’t the first time O’Halla has put his creativity to work. The young designer has been making his own costumes since he was in middle school, starting with a gray foam costume known as “Rockman.” Eventually he became interested in more complicated builds, including a wolfman that had a lifelike mask and a functional jaw and a 12-foot dinosaur that incorporated a camera system so he could see where he was going.

One of his creations, a resin crocodile mask made with a clay mold, has been displayed at the Cleveland Museum of Art.

“His creativity and ability to execute his ideas have been off the charts,” said Craig O’Halla, Josh’s dad.

O’Halla has had a life of science and creativity. His mother, Nadine O’Halla, would bring home science experiments like creating goo using glue, and snap electric circuit kits for him to play with. In the summers, he would attend science camp. In high school, Josh was a member of the robotics team and was heavily involved in designing this year’s robot for the FIRST Robotics competition, an international robotics competition in which teams compete in themed challenges. Unfortunately, that event was canceled due to the pandemic.

O’Halla was also inspired by his older brother, Nathaniel, who recently graduated from OSU and now works for Epic Systems, a company that designs software for hospitals.

“I really looked up to him growing up. He was really successful academically and I wanted to emulate that,” O’Halla said.

When he graduates, he says he wants a job that combines his passion for art and his knack for engineering.

“Engineering is about improving and innovating and making the world a better place and art is the same thing,” he said. “It’s about sharing ideas and communicating what you’re passionate about. I wanted to share who I am and what my identity is with others.”