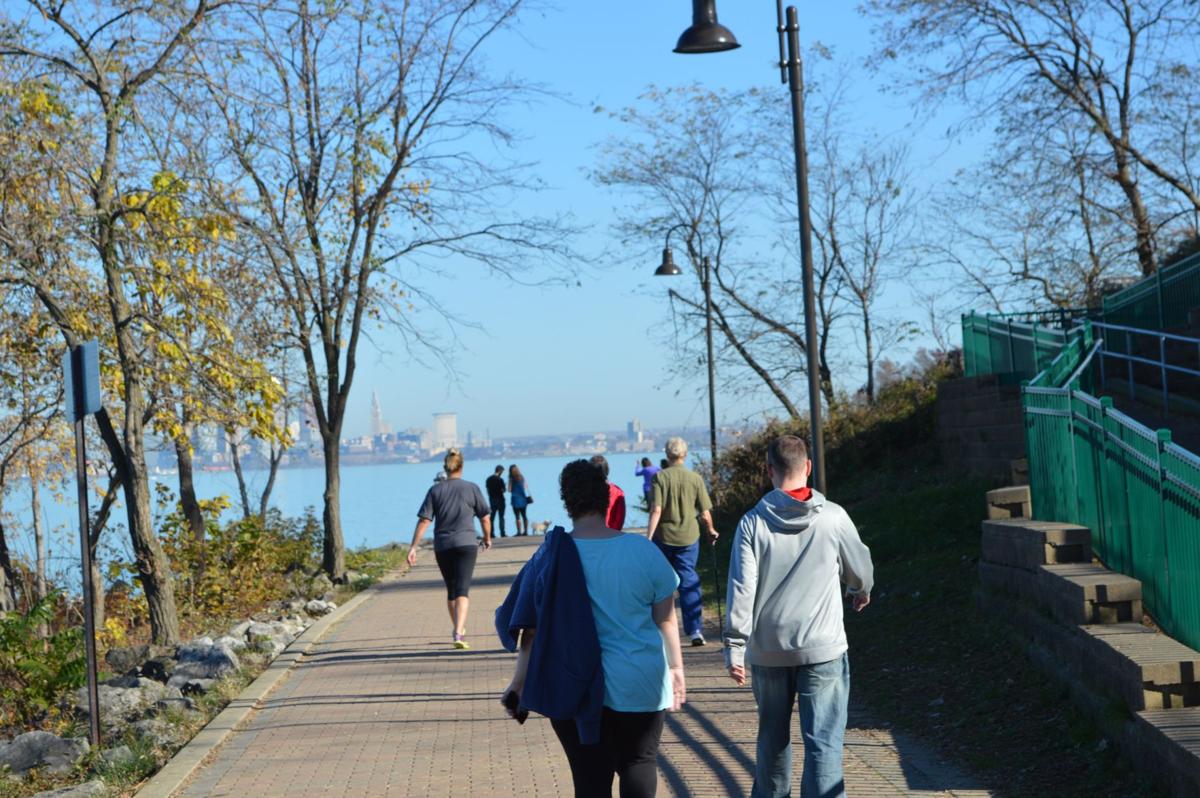 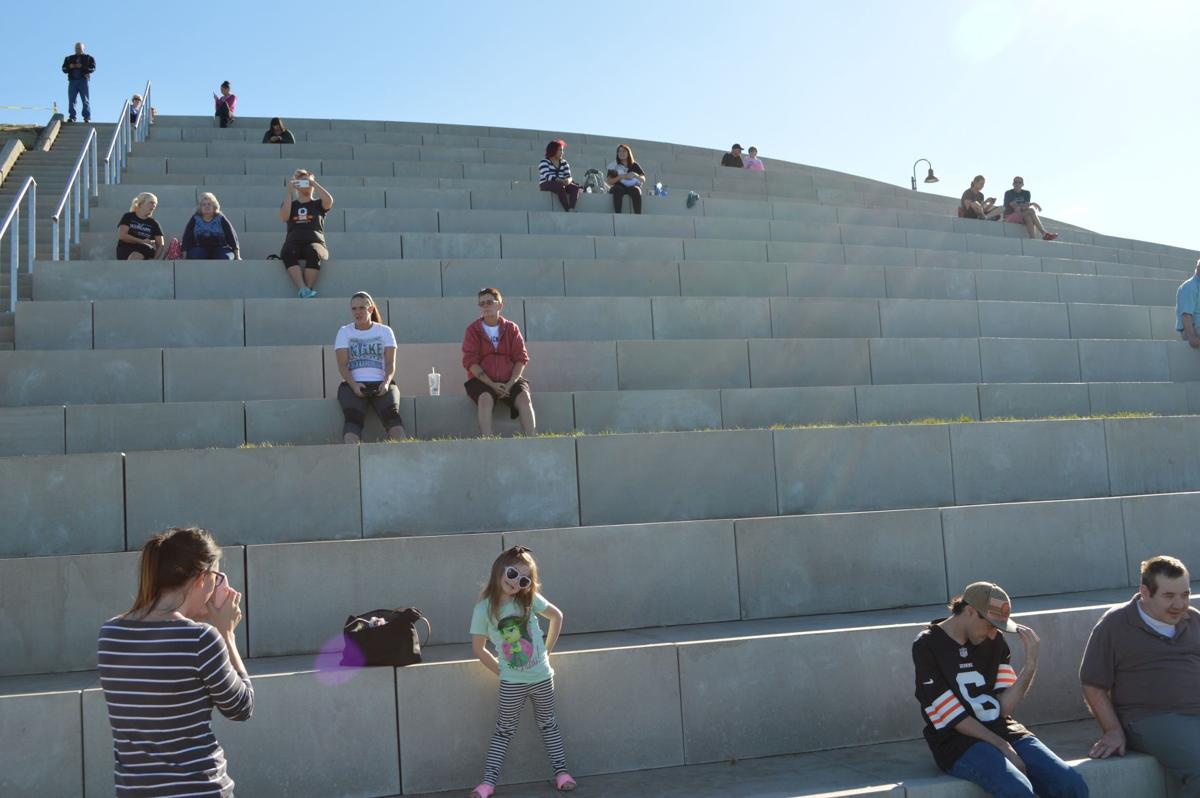 Growing up in Lakewood, Lakewood Park was always a fixture, a big, inviting green space in the midst of a closely packed city. It was the site of summer picnics for everything from Girl Scouts to birthday celebrations, dripping orange popsicles and many hours spent eating dust on the softball fields, (mostly the result of my whiffing at the ball). On July 4th, the city parade ended up at the park, where there was a carnival, and at dusk, the best fireworks show around, and Sundays featured “hometown” band concerts. My dad tried to teach me to swim at the pool, but I think I only stayed in the water because it was warmer than getting out.

But there was always something missing. The park perches right on the edge Lake Erie, but there was no way to get close to the water. If you sat on the squeaky bench swings, your lake view was through a big ugly chain link fence marking the top of a bluff rolling steeply down to the lake. Signs warned not to go beyond the fence, and there were legends of those who tried, but if you were seeking sand and surf, you had to travel west to Rocky River or Bay Village’s Huntington Beach.

Although there still is no place to dip your toes in the water, the city officials came up with a way for folks to get more up close and personal with one of our greatest natural resources with the Solstice Steps. Unveiled on Oct. 30, the concrete amphitheater styled steps, divided by grassy areas, are situated on the bluff between two walkways. The lower brick promenade offers a leisurely stroll to an impressive overlook of downtown Cleveland and is inlaid with a compass and the city seal.

So I decided to check out this newest change to one of my childhood haunts on a freakishly warm November day. What I found was an impressive project, but at over $2 million, an amount that would make most West Shore communities salivate, it should be.

But there was more. It seemed like the steps and walkways provided a type of “main street” atmosphere, different than the one I grew up with, but with the same sense of community. Fueled by the warm weather, strangers greeted each other. A city worked, perched on a golf cart, entertained a couple with the story of his first kiss, which took place at the park, also a common rite of passage.

A rich stew of languages, Spanish, Arabic, German, bubbled in the background. Moms pushed strollers the size of VW Beetles, couples strolled hand in hand, older folks reminisced. Dog owners trotted along with their canine companions, and, of course, camera phones clicked away. A drone buzzed overhead (maybe unaware that this is restricted air space?) All in all a nice picture.

But, as Taylor Swift says, “Haters gotta hate.” Some of those given to online whine complained about the impracticality of concrete, which they said is too cold to sit on most of the time, and too hot in the summer. Others wrote that the structure invites graffiti.

Still others even objected to the name “Solstice Steps,” conjuring up images of witches, druids and naked yoga practitioners. Actually, the steps got their name from the fact that on June 21, the summer solstice, sunset will be centered at their mid-point. Guess these folks don’t realize solstice is a real-life scientific term. Of course, the ribbon cutting was the day before Halloween, and children did wear their costumes…..

So take advantage of this gift weather while we still have it and visit the Solstice Steps. They just may enlighten you