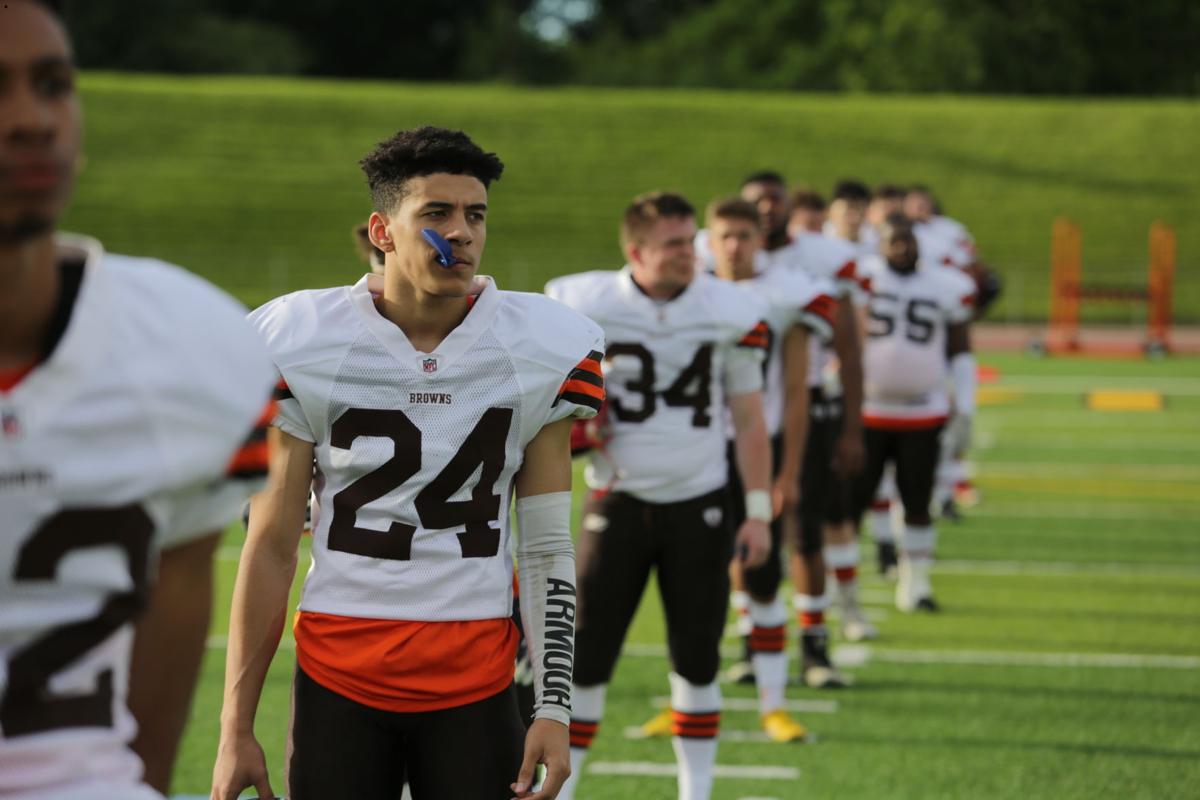 Lutheran West's DeAnte Furry (24) started at cornerback for the West team Friday night at George Finnie Stadium as part of the Cuyahoga County East-West All-Star football game. His teammate at Lutheran West and for this game, Gerald McHenry, will join Furry at Concordia Ann Arbor in the fall. 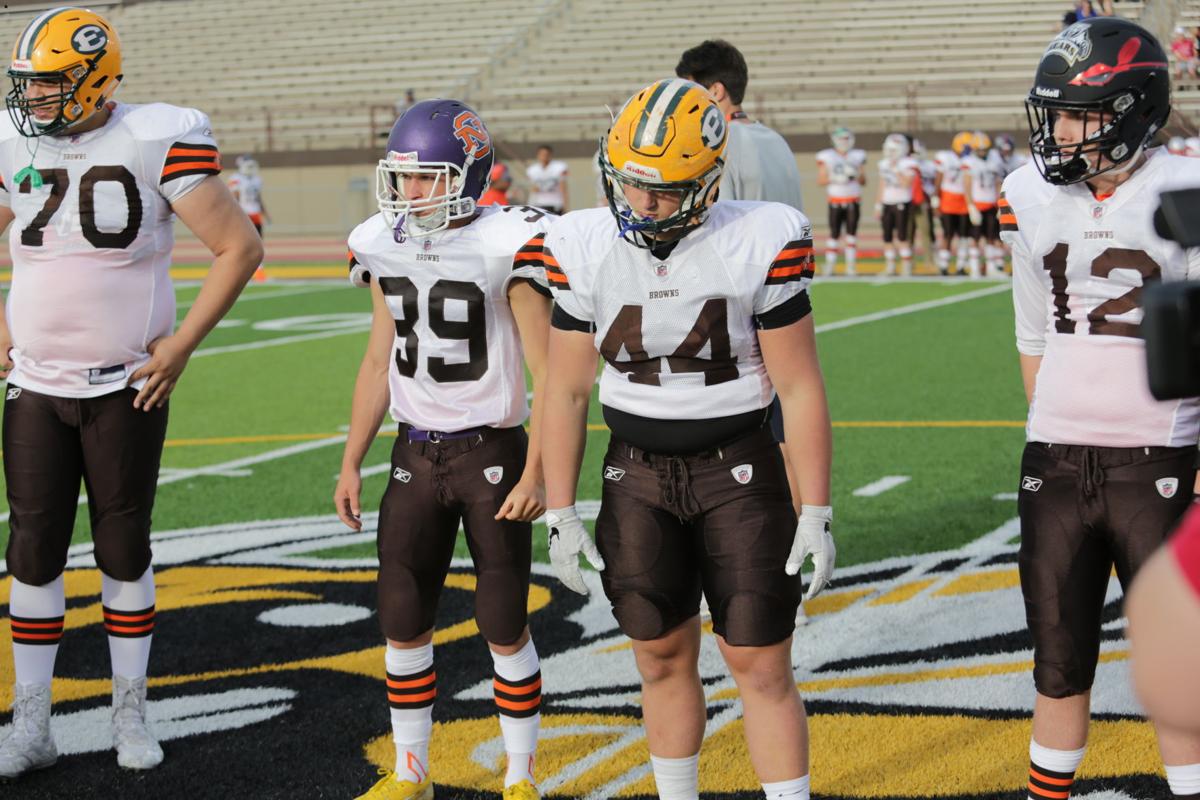 North Olmsted quarterback Liam Fay (12) was named one of the four captains for the West team. Fay played all but two snaps and completed 16 of 33 passes for a touchdown.

Lutheran West's DeAnte Furry (24) started at cornerback for the West team Friday night at George Finnie Stadium as part of the Cuyahoga County East-West All-Star football game. His teammate at Lutheran West and for this game, Gerald McHenry, will join Furry at Concordia Ann Arbor in the fall.

North Olmsted quarterback Liam Fay (12) was named one of the four captains for the West team. Fay played all but two snaps and completed 16 of 33 passes for a touchdown.

Liam Fay didn’t have the game he wanted Friday night, but more than anything, he was just thrilled to take part.

Unfortunately, the 41-member West team came up short to a firepower-filled East team, losing 23-8. Garfield Heights quarterback Marlon Jordan paced his team as he passed for 153 yard and one touchdown on 15-24 passing – good enough to make the Ashland University commit the MVP for the East. John Marshall’s Julian Banks was the MVP for the West.

Fay had nearly as much yardage (127) as Jordan but struggled with accuracy and drops, going 16-33 for one touchdown and three interceptions. After the game, though, Fay didn’t seem to mind.

“First of all, getting picked to play in this game is an honor,” Fay said. “Getting to play with teams from around here and kids that I don’t even know; come together, play and get to know each other and play the game we love (was a fun time).”

Banks’ touchdown was the only time the West found the end zone in the game. Following an East safety on the previous drive, Fay and St. Ignatius running back Jahadge Floyd took the West 44 yards in five plays, capped with an eight-yard touchdown pass. Fay’s two-point conversion pass failed and the West trailed 10-8.

The East opened the scoring on its first drive. Jordan had great field position to work with after Banks, who also punted for the West, had a punt go straight up in the air and bounce back for a loss of 13 yards, setting the East up on the West’s 38-yard line. It took just three plays, all passes, for the East to go up 7-0.

Fay’s first of three picks came on the next West drive and though the East didn’t turn it into another touchdown, Beachwood kicker Sam Babbush knocked down a 42-yard field goal with ease to put his team up 10-0.

The East added one more touchdown following Banks’ score – a one-yard score by Jordan – and another in the fourth – a three-yard rush by Chagrin Falls’ Mick Lawrence. Following the latter, in a strange sight, Chagrin Falls O-lineman Henry Woofter attempted, and had blocked, a drop kick for the extra point.

In a last-ditch effort, the West marched down the field in under three minutes to the East’s seven-yard line, but an incomplete pass on fourth down ended the game.

The All-Star game’s intent to showcase the best players in Cuyahoga County didn’t stop either team from playing at full intensity.

After playing together at Lutheran West, Furry and McHenry will head to Concordia Ann Arbor to continue their football and educational careers. On Friday, the pair totaled five tackles, with the former also adding a pass breakup.

“I never thought I would play with rival teammates or with my teammates ever again,” Furry said. “I’m looking forward to meeting new people and playing on a different team. At Lutheran West they teach you how to be a man and what life is really going to be like and give you experience for it.”

Friday’s game gave Grablovic a chance to play with some of his teammates one last time as a North Olmsted Eagle as well an opportunity to get a feel for Baldwin Wallace, where he will attend college and play football.

“It was kinda cool. The field is really nice. They just put it in last year,” the North Olmsted lineman said. “When we played Berea-Midpark last year we actually played here. I’m ready to build a lot of good friendships with other people coming to BW to play football.”