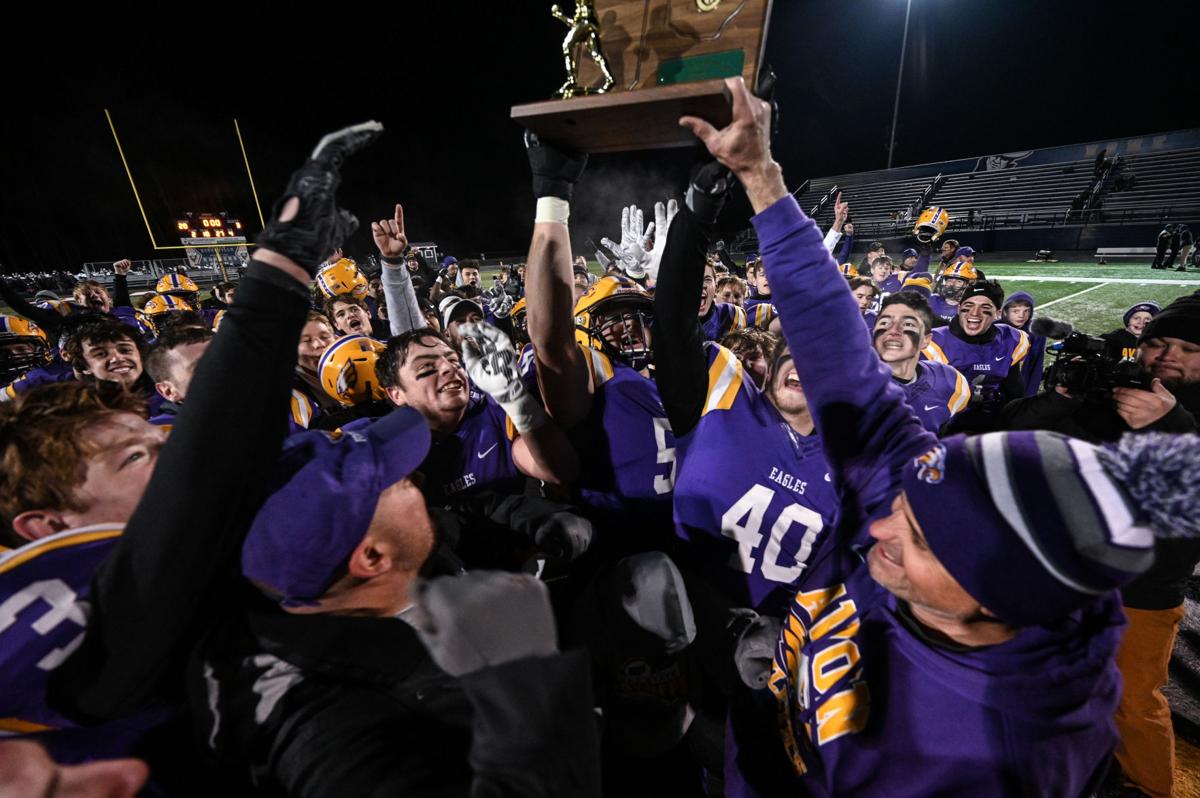 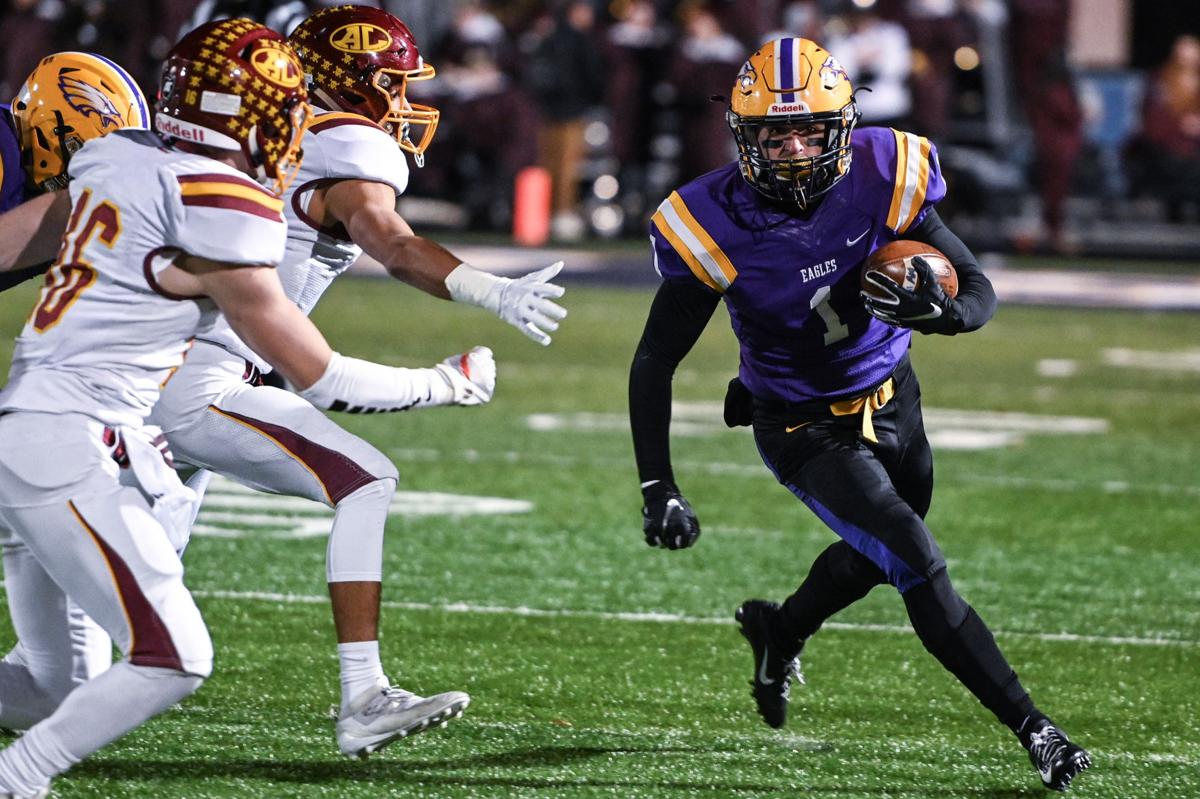 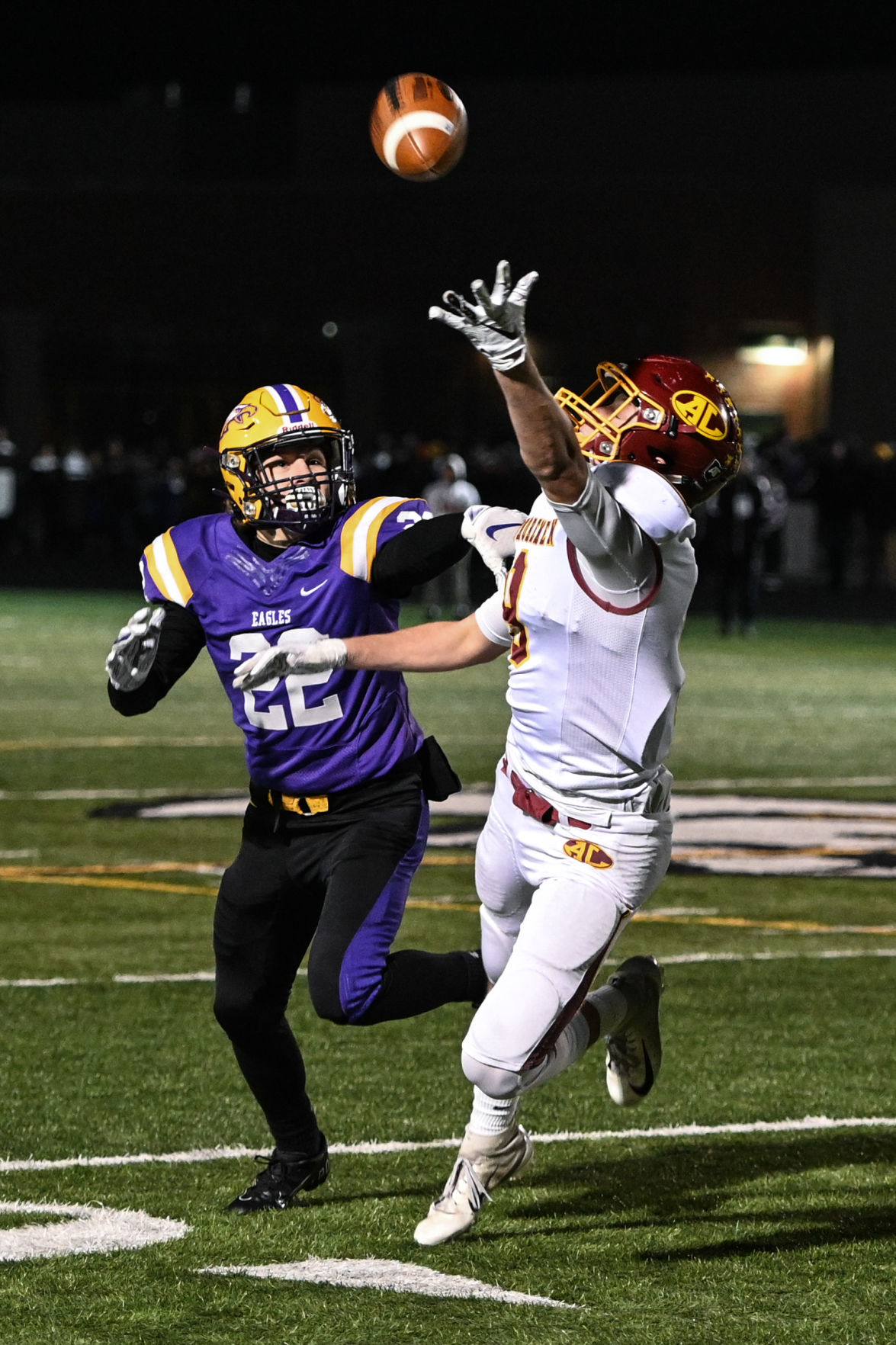 Down to its third-string quarterback, using a stable of running backs and facing one of the stingiest defenses in the state, the undefeated Avon Eagles emerged victorious once again Friday night.

Avon faced archrival Avon Lake for the second time this season, and bested the Shoremen yet again. This time, though, the victory came with more than bragging rights.

In front of a sold-out crowd at North Ridgeville High School, the Eagles defeated the Shoremen 20-3 in the Division II, Region 6 final, sending Avon to its third-consecutive state final four.

“It’s our rivals, it’s a sold-out stadium, all odds were stacked against us,” Avon coach Mike Elder said. “I don’t think many people thought we had a chance playing our third-string quarterback. You should never count the Avon Eagles out. If you guys haven’t figured that out by now, don’t count us out.”

Now, Avon has yet another team to prove wrong. The Eagles take on the Massillon-Washington Tigers on Friday at a to-be-determined location for a trip to the state championship. Massillon (12-0) beat Akron Archbishop Hoban (11-1) 17-14 Friday night in Akron. For the past two years, Avon met Hoban in the state semifinal, with the Knights besting the Eagles each time.

After Avon Lake (11-2) scored its only points on an opening-drive field goal by senior Harry Hebert, Avon (13-0) scored 20 unanswered points, 17 coming in the second half.

From the beginning, it was clear the Eagles planned to rely on their running game, led by senior Joey Lance and junior Devon Hunter. The two have been filling in since starter Nick Perusek was lost with a season-ending knee injury.

In the first half, Avon Lake’s defense, which allowed just six points per game during the regular season, held the pair to 65 yards on 16 carries.

The Eagles also punted on all but one drive in the first half and were forced into two three-and-outs. The only non-punting drive was midway through the second when sophomore kicker Nathanial Vakos kicked a 31-yard field goal to tie the game at 3-3.

Shoremen running back Gage Duesler found much more early success. The junior gained 115 yards on 13 carries in the first half and had five carries longer than 10 yards.

Despite the great field position the Shoremen had thanks to Duesler, penalties and turnovers stalled the rest of Avon Lake’s drives. In the first half, the team had six penalties for 73 yards and had another eight for 62 yards in the second half.

“It’s brutal,” Avon Lake coach Matt Kostelnik said. “I thought we matched their physicality but … they basically got out of the way and said, ‘Go ahead. Beat yourself.’ And we did. We just didn’t match the discipline.”

In the second half, the Eagles took over.

It started with Lance’s 58-yard touchdown run that gave Avon a 10-3 lead with four seconds left in the third quarter. Lance finished with 121 yards on 13 carries.

“I feel like we were getting stronger as the game went on and we just kept on finding holes,” Lance said. “When I was running, I just kept seeing little pockets open up and I was able to get my opportunity. O-line played great.”

Avon’s defense was just as effective in the second half. The Eagles held the Shoremen to 115 yards after giving up 204 in the first half. They also intercepted Avon Lake quarterback Michael Corbo (8-of-15 passing, 108 yards, three interceptions) two more times, with the first getting returned 67 yards for a touchdown by junior Mike Matlak.

That score provided the final 20-3 scoreline.

After his strong first half, Duesler carried the ball just five times, picking up only 21 yards. He finished with 18 carries for 136 yards. Corbo completed four of his nine second-half passes for 56 yards.

Hebert scored Avon Lake’s only points after setting the school record last week against Wadsworth for field goals this season.

“Oh, we’re gonna miss him,” Kostelnik said. “He just adds such a different level to the game that goes so underappreciated. We’re going to miss all of (our seniors). The one thing I loved about this bunch, they were just steady.”

Another member of that 22-man senior class is Nick Marsh. The tight end/defensive end hybrid was a force on Avon Lake’s defense all season, racking up 33 total tackles and 14.5 sacks coming into Friday’s game.

“This is my family. These are my brothers,” Marsh said after the game. “It was so special (to be apart of a defense like this). It was great this year. I’m going to miss those guys.”

“I’m glad we didn’t give it to (Avon Lake) yet,” Elder said. “They’re a bunch of juniors and they’re going to be really good next year and I can’t wait to play them week one. That’s what high school football is all about. This kind of rivalry.”