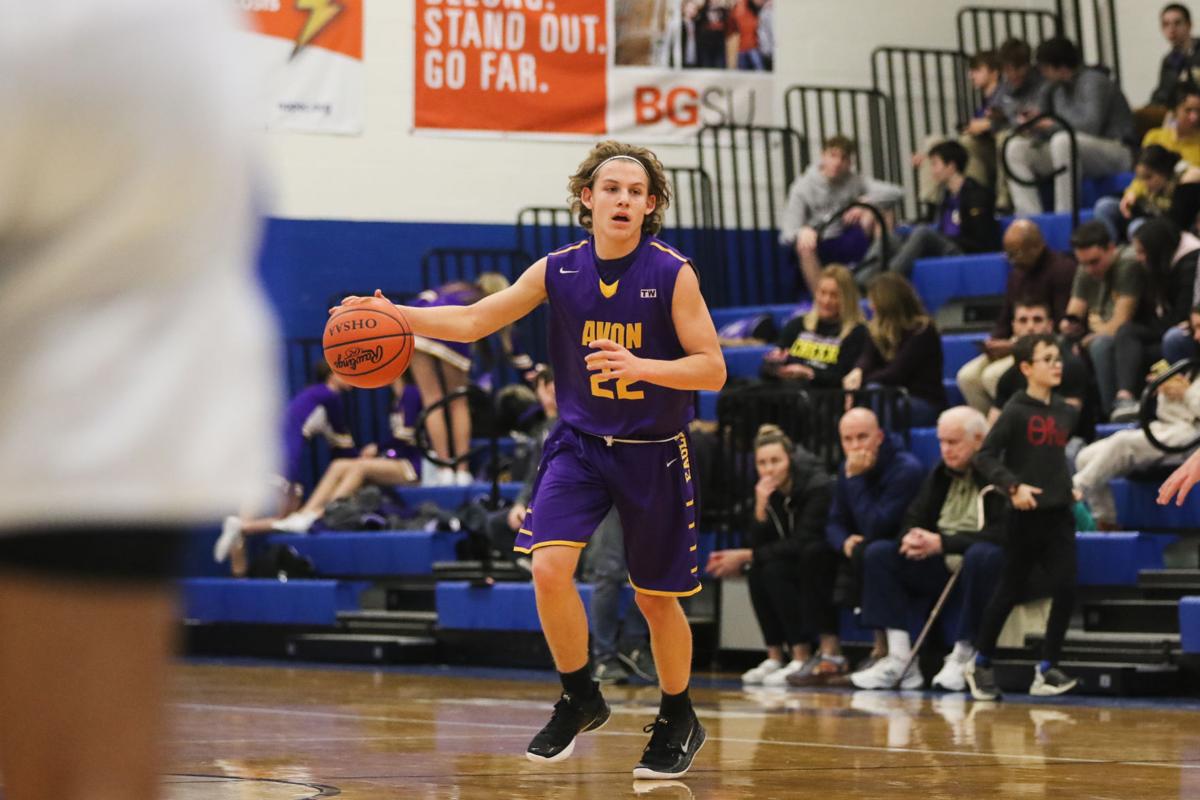 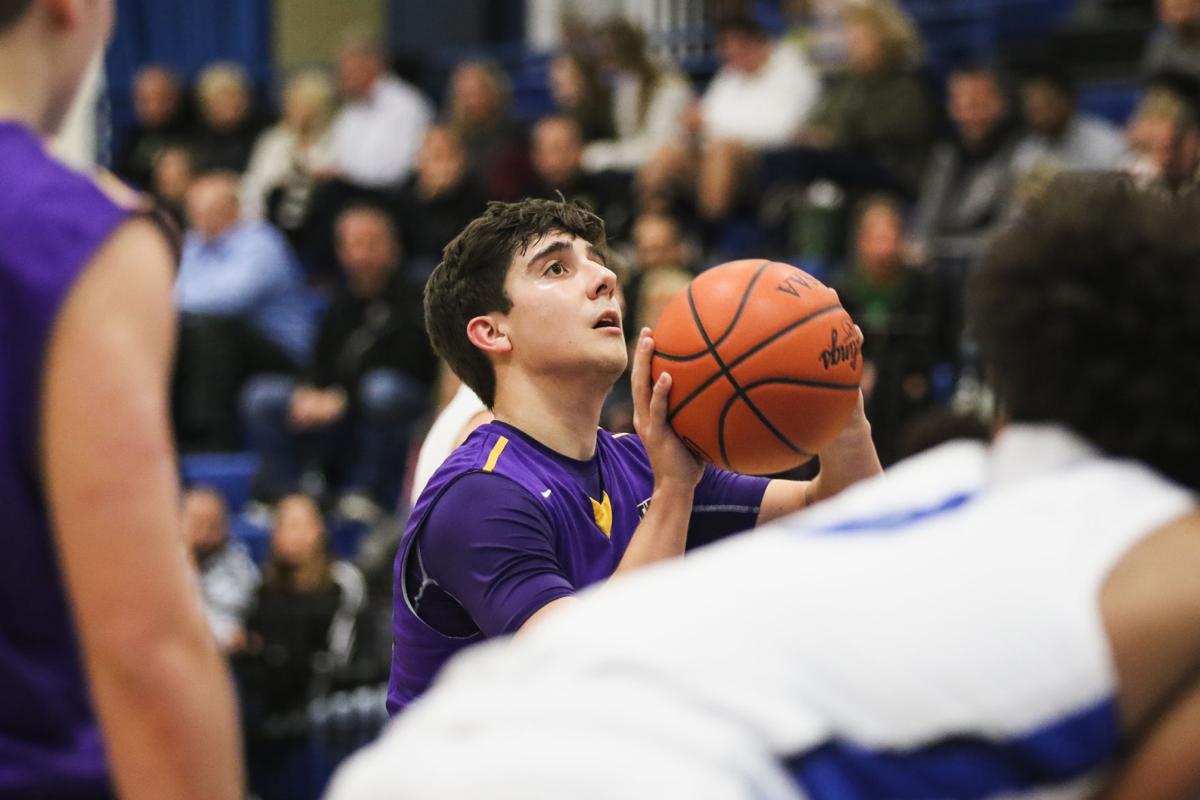 Avon's Dominic Rini puts up a free throw Tuesday. Rini had a team-high 12 points for the Eagles against the Blue Devils. 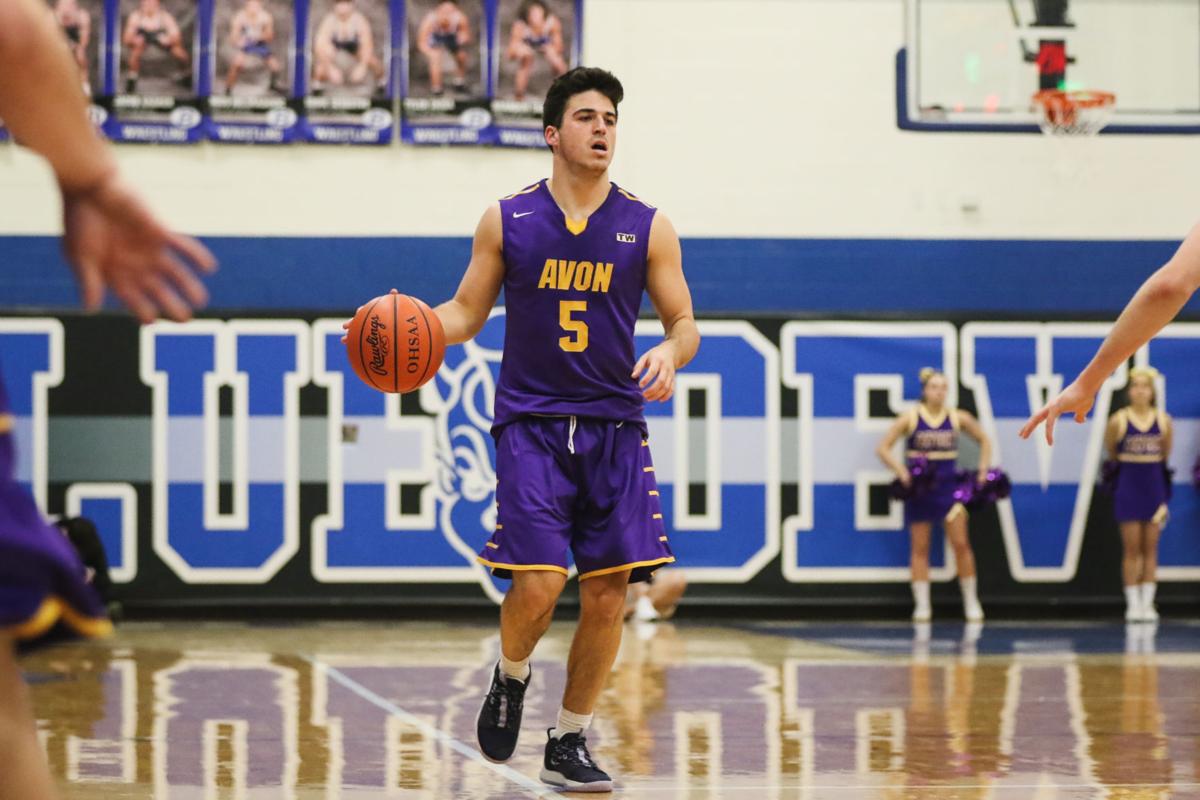 Avon's Joey Lance had a quiet night against the Blue Devils, scoring just three points in the loss.

Avon's Dominic Rini puts up a free throw Tuesday. Rini had a team-high 12 points for the Eagles against the Blue Devils.

Avon's Joey Lance had a quiet night against the Blue Devils, scoring just three points in the loss.

No matter how close the Avon boys basketball team got to Brunswick Tuesday night, the Eagles couldn’t pull ahead.

A hot start by the Blue Devils and cold night from three for Avon set the tone for a 49-38 road loss for the Eagles, keeping them winless in their first three games this season.

Even after shooting just 3-of-9 from deep in the first quarter (4-of-19 overall), Avon was never completely out of the game. The Eagles trailed by just two near the end of the first half and had an 8-0 run in the middle of the third quarter that cut the lead to four. Both times, Brunswick answered back with a run of its own to put the game out of reach.

“I gotta do a better job of just letting our kids know the time and situation for getting that last shot,” Avon coach Kevin Sapara said. “Those Brunswick runs were big. I’m proud of our guys. We’re a little banged up right now but we’re fighting.”

“We started two football guys today, they made it to the state final four. They were playing football two weeks ago,” Sapara said. “They’re going to keep getting better. We don’t like losing but I saw a lot of good things today.”

Among the Eagles’ bright spots were starters Dominic Rini (12 points, five rebounds and three assists), Mike Matlak (10 points and three rebounds) and Cole Warren (six points and eight rebounds). Even once the team gets fully healthy, Sapara acknowledged that this core group will have to continue its high output.

Warren knows Avon is close to turning this early-season corner and said the team’s ability to continue fighting against the Blue Devils (4-1, 1-1 Greater Cleveland Conference) says a lot about its mentality.

Avon’s third quarter run built momentum for the Eagles, but as the Devils did throughout the night, a well-timed 3-pointer halted both the run and the momentum. Brunswick shot 5-of-15 from behind the arc, led by senior Trevor Mackey’s four 3-pointers. Mackey led Brunswick with 15 points.

Despite having another scorer in double digits in Marquis Barnett (10 points and four rebounds) and two others with nine points (Tre Massey and Landon Kistler), Brunswick coach Joe Mackey said this is still a team in search of an identity.

“The kids found a way to win,” Mackey said. “I don’t know if we’re a good team, but good teams find a way to win ugly games. That was certainly a struggle but you’ve got to give Avon some credit too. We had a hard time getting going consistently all night.”

The Blue Devils have a chance to continue finding that identity when they play Solon on Friday and Berea-Midpark on Saturday, both at home. Avon is home at 7:00 Friday night against Midview.